The world premiere Malicious Bunny is a guest production at the Actors Company Let Live Theater directed by Bryan Fox and written by Matthew A. Sprosty, an award-winning play and screen writer. This dark comedy centers around a marriage on the brink of divorce that is put to the test when the wife Angela requests the husband Jonathan kill her parents to make them rich and give her everything she wants. This is not a play for those unable to deal with provocative sexual situations or violence, rather for those interested in the twists and turns of a tense thriller. Director Fox states he wants the audience to have “serious discussions in the car” and to “question how far they would go if they were given circumstances similar to those” in this play.

Markus Taylor plays the would-be assassin Jonathan driven to extremes by the need to keep his wife happy. Taylor does a fantastic job of staying in character even when he bravely breaks the fourth wall to speed up the progress of the story. His character makes a valiant effort to get out of his wife’s plans, including recruiting his best friend Greg played by Andrew McIntyre, a live-at-home loner with a gift for winning at the casino. McIntyre and Taylor play well off each other and add many touches of humor to the show.

Heidi-Marie Ferren plays the sex kitten wife Angela, though one realizes why this play has bunny in the title. Angela’s aggression in the bedroom and in getting what she wants from Jonathan are well played by Ferren. She commits to pushing and manipulating until the final moments of her part in the play. One learns to love to hate her as a femme fatale whose moral compass progressively points towards the poles of greed and violence. At the same time, this is a comedy and so her extreme behavior adds a twisted humor to the show.

The murder scene takes some time. Jonathan has guilt issues to work through. Mr Parsby and Mrs Parsby, played by Larry Gilman and Jennifer Edwards, make it clear how they feel about Jonathan and it is almost as if the writer wants the audience not to feel sorry for them. In an explanatory note in the program, the playwright Mathew A. Sprosty stresses that this play came out of a relationship broken because his girlfriend’s parents felt he did not make enough money, but neither did they. It is not easy to make a death scene look plausible, but this production has succeeded in that endeavor.

The play is long, running over two hours. The first act feels like it needs some breadth. However, the second act is full of twists that make it worth the wait. Detective Ispy, played by James Vallejo and Detective Grillings, played by Tess Kartel add tension and humor in the final scenes and do a fantastic job at not unraveling who killed who. Nicholas Maes plays the Pit Boss in the Casino scenes. 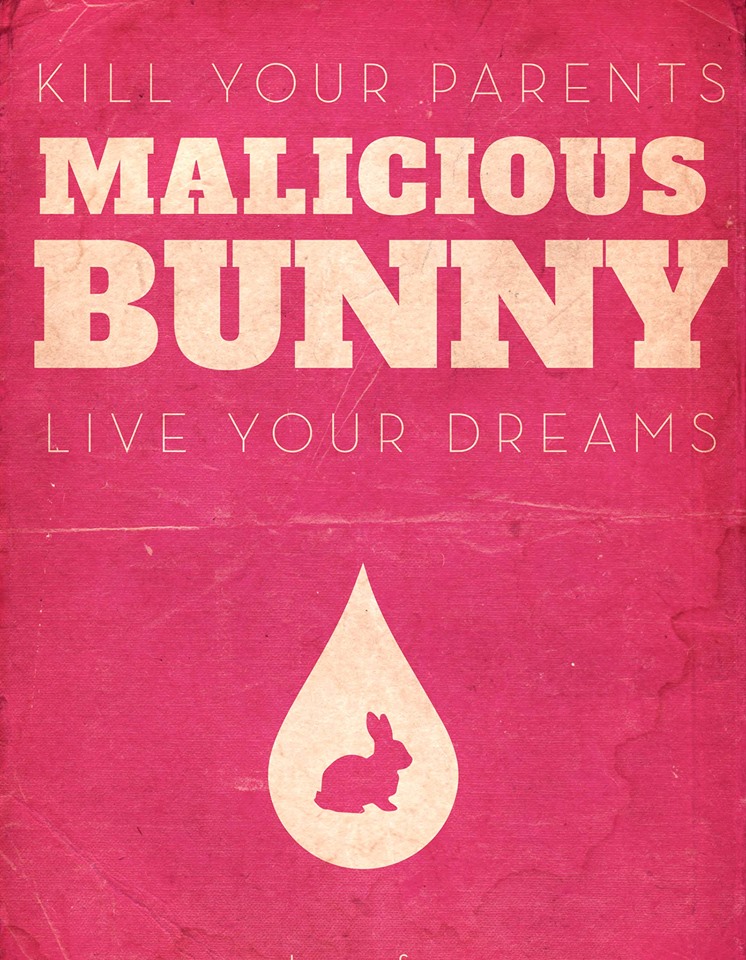 Malicious Bunny, by Matthew A. Sprosty

For tickets check on line here.