“Man of La Mancha” at A Noise Within

A Noise Within has created a faithful, stunningly designed Man of La Mancha, a 1964 loose musical adaptation of Miguel de Cervantes’s Don Quixote. The adaptation frames Cervantes’s sprawling novel as a play-within-a-play put on by the author in prison during the inquisition, allowing the story to jump around in time and comment on contemporary issues of art-making as a political act.

Aficionados of the musical will be in for a treat, as Co-Producing Director Julia Rodriguez-Elliott (the play’s director) amps up the imaginative power of theatre to bring the story to life with a found object set (by Fred Kinney) and some of the best lighting design I’ve ever seen in Los Angeles, by Ken Booth. Normally design elements go toward the end of a review, but they really made the production for this reviewer, creating a world where the banal becomes extraordinary through the power of imagination.

In the lead as Cervantes/Don Quixote, Co-Producing Director Geoff Elliott owns the stage with force and humor, crossing his eyes during Quixote’s loonier moments and giving us a portrait of a lovable old man whose delusions are no less inspiring for his decrepitude. It’s a portrayal that flirts with caricature, but is balanced by the shrewdness with which Elliott plays Cervantes – the artist drawing his powers from the genius and lunatic alike. Kasey Mahaffy is less convincing as a Disney-ified Sancho, Quixote’s bumbling sidekick who here is transformed into a grinning musical theatre showman without strong justification. It’s hard to imagine why this coiffed songster would follow the crackpot knight.

The third lead – and Man of La Mancha is really a three-character show – steals the show. Cassandra Marie Murphy plays redeemed kitchen maid and sex worker Aldonza, inhabiting her character with fierceness and tenderness, not to mention incredible vocal acrobatics. Murphy succeeds in creating a mostly believable arc for the only character that really changes during the course of the show. Prospective audience should be warned, however, that the play shows its age in its approach to women and violence, with some potentially triggering moments that manage to both serve the plot and feel gratuitous.

The ten-person ensemble around these characters is a well-oiled machine, though without strong moments featuring individual members. Musical director Dr. Melissa Sky-Eagle leads the seven-piece orchestra, nearly unseen over the audience’s heads, deftly through the score, which the program describes as “Spanish-inspired” in its rhythms and instrumentation. The show closes with a reprise or two too many, but this is a fault of the original script rather than the production. At 100 minutes of run time with no intermission, Man of La Mancha impressively covers Cervantes’s 1,000-page oeuvre and more, but does start to feel a little bloated by its final chapter. Also, and this is a minor gripe, but a little dialect coaching for these very white actors would help Don Quixote sound more like Spanish and less like “Dahn Quihotee.”

All told, this production will satisfy lovers of both musicals and Don Quixote, with Broadway-caliber production values overlaying deep questions of truth, beauty, and art. The script is not flawless, but this adaptation really makes it sing. 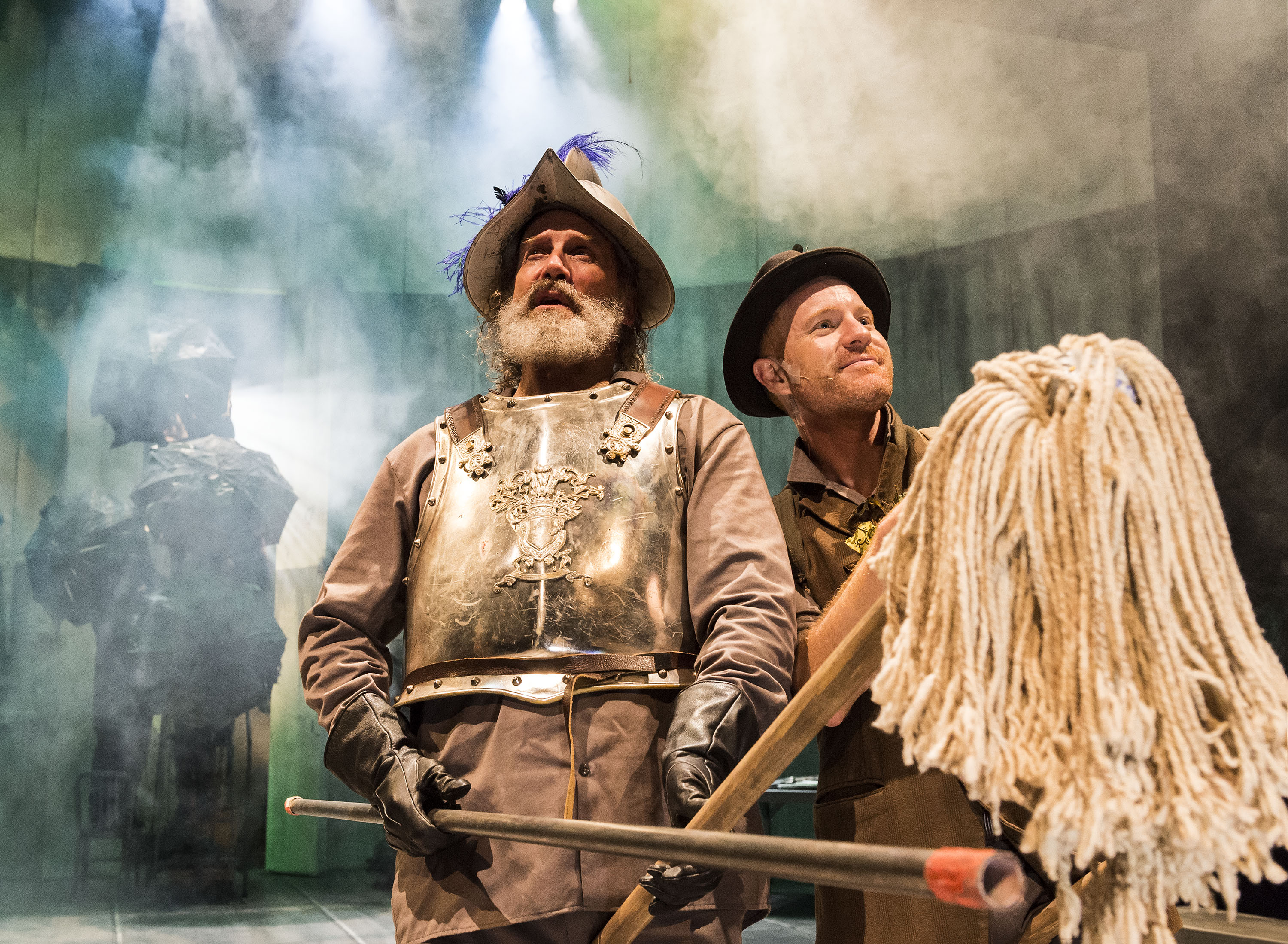 Friday and Saturday at 8pm, Sunday at 2pm,