The Fall of the Berlin Wall – re-enacted Sunday Nov 8th

This Sunday, on Wilshire Blvd. in Los Angeles, a special street ceremony is being staged to commemorate the fall of the Berlin Wall twenty years ago.

On November 8th art lovers in Los Angeles will join groups across the world in celebration the 20th Anniversary of the fall of the Berlin Wall, a dramatic event that signified the end the Cold War in Eastern Europe and the 28-year separation of East and West Germany.

Traffic on Wilshire Blvd. will come to a standstill as a section of the usually busy thoroughfare will be temporarily closed at 10pm for the installation of a concert stage. In addition, an 80″™ by 10″™ wall of art has been painted by dozens of L.A. artists as an homage to the original Berlin Wall. Contributing artists include Shepard Fairey, Kent Twitchell, and Farrah Karapetian as well as original Berlin Wall artist Thierry Noir.

Festivities are scheduled to begin at 11pm with film projections, recorded music and interaction with the artists in front of their wall panels. At 11:30pm, dignitaries and special guests will be introduced, followed by a live performance by legendary German chanteuse Ute Lemper. At midnight, the Mayor of Berlin, Klaus Wowereit, will deliver a (delayed) big screen message from Berlin and a large section of the 80′ art wall, spanning Wilshire Blvd., will be ceremonially torn down. Festivities will conclude with an encore performance by Ute Lemper.

This historical cultural event is free and is being presented by the Wende Museum and Archive of the Cold War in Culver City, which houses one of the largest collections of Eastern European Cold War art and artifacts in the world.

Eight original segments of the Berlin Wall were installed on October 15th at 5900 Wilshire Boulevard, in front of the Variety Building. The pieces were recently acquired by the Wende Museum in Culver City for its permanent collection, and the installation on Wilshire Boulevard is part of “The Wall Project”, the museum”™s public art initiative. This 40-foot section of the original Berlin Wall will be on display in front of 5900 Wilshire Blvd. at Ogden. This is the largest section of the Berlin Wall existing outside of Berlin.

Artists Kent Twitchell, Thierry Noir and Farrah Karapetian have painted the original Berlin Wall segments, and two additional portions arrived on November 3rd to create the longest stretch of the Berlin Wall outside of Germany.

The installation will remain on view in front of 5900 Wilshire Boulevard through November 14.

One of the many casualties of this year’s canceled SXSW Festival is Drunk Bus, the feature debut from directors John Carlucci and Brandon LaGanke. It’s a ruefully funny film that deserves theatrical exposure. Charlie... 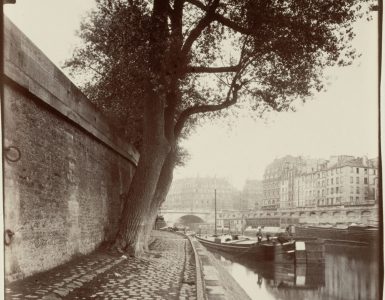