Many of you avid foodblogging fans will already be familiar with Eddie Lin”™s Deep End Dining, a fascinating website where nothing is too freaky or disgusting-sounding for his brave palate to sample and his blown mind to appraise.

Ever the intrepid ingester, Eddie has just brought out his own book, in conjunction with the Lonely Planet travel guides.

Extreme Cuisine is a pocket-sized, nifty little book that will tell you everything you need to know about some of the most bizarre foods to be found on this earth. The most staggering part? People really eat this stuff.

So, you think you know a thing or two about weird cuisine? Yeah, I also saw that Simpson”™s episode when Homer thought he was going to die from eating Japanese Fugu (aka puffer) fish. I knew that some cultures consider Corn Smut and Grasshoppers a delicacy (Mexico) or adore boiled sheep stomach stuffed with offal (aka the Scottish national meal of Haggis). But actually cooking and eating Bull”™s Pizzle (aka penis)?! Whoa, there. [^ photo above]

In Extreme Cuisine, each compact chapter has a large photo on one page of the questionable substance, in full technicolour, and some background information on the opposite page. This neat little book is nicely laid out with all the foods listed in alphabetical order, followed by the country of origin. There”™s even a link or an address telling you where to find each freaky food item. Lin”™s flair for comedic writing and clever puns makes Extreme Cuisine a genuinely fun read, though sometimes you might not know whether to belly laugh or barf.

Certain foods don”™t seem all that extreme to me. The Australian entries, for the most part, are fairly benign. Marmite and Vegemite? I grew up on the salty black stuff and still love spreading it on my buttered toast and eating it for breakfast. Pie Floaters? What”™s so crazy about a soggy meat pie swimming in some green pea soup? Take it from me, kangaroo is a tough meat that doesn”™t taste any better after you”™ve hunted it down, shot, skinned and minced it. Then there are those plump, chubby Wichetty grubs, considered “˜good tucker”™ by Australian Aborigines. Okay, I can”™t say I”™ve ever seen one of those maggoty grubs, so I”™m not sure if I”™d ever give one a try.

But all those other weird and wonderful extreme foodstuffs? The good news is that Bull”™s Pizzle is available right here in the Valley, at the Ranch 99 Asian supermarket on Sepulveda, Blvd., just north of Victory. That”™s right – those wacky Chinese consider the giant penis of a bull, when thinly sliced and cooked in broth, a delicious aphrodisiac.

Most of the products mentioned in this book are things I have never tried and hope I never do. I tend to steer clear of any rotten foods, such as the fermented soybeans known as Natto in Japan or fermented herring from Sweden. But roasted guineapig (aka cuy) from Peru? Scorpions from Thailand? Fish sperm from Japan? Deep-fried Tarantula from Cambodia? Are you kidding me?!

Durian is a local delicacy of Southeast Asia that I once sampled in Singapore. Once. I didn”™t eat the fresh fruit, but rather a puree of it prepared at a restaurant that specialised in Perananken fare, which is the cuisine of the indigenous people of Malaysia.

The flesh of a massive, spine-covered fruit, Durian is famous for it”™s strong aroma that many describe as a mix between pig dung and carrion (aka rotting corpses).

As Lin so eloquently describes, “It”™s a mosh pit of flavours that include garlic, onions, caramel, stale cheese and strawberry, all eaten while in a porta-potty.”

I will never forget how the utterly rank smell of that pungent fruit shot back up my nasal passages as I gulped down a tiny bit of the puree. Not tasty, off-putting and decidedly unpleasant. Although this strong-smelling fruit is banned in hotels and on public transport, many people seem to enjoy eating it.

1000-Year-Old-Egg (China) rivals Duck Foetus (aka Balut, from the Philippines) as the nastiest delicacy out there. First off, the egg is this gooey, oozing blackish green colour. Does that sound appetising? The ancient egg apparently gives off the aroma of sulphur and has a slimy texture. Keep talking. Balut is exactly what it sounds like; an unborn duck embryo that you eat straight out of its shell after it”™s been boiled. This foul-sounding item is also available here in LA, at the Filipino chain of restaurants, Seafood City, one of which can be found in North Hills.

With its list of over sixty different and unusual foods, Extreme Cuisine is bound to challenge your ideas of what makes good eating. At the very least, Eddie Lin”™s hilarious and informative book makes for great reading.

Available for pre-purchase at Amazon. 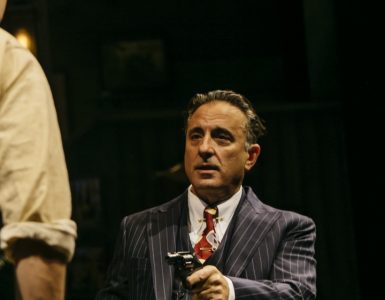