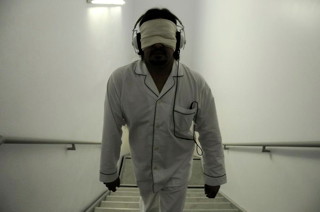 The first SUR: Biennial in Los Angeles, organized by Outpost for Contemporary Art and Rio Hondo College, is set for Oct. 20 – Nov. 18, 2011, under the curatorship of Ronald Lopez.

SUR: Biennial will showcase new, creative works of local artists who have been influenced by the cultures of Mexico, Central and South America. Three venues in Whittier and Cerritos were carefully chosen to host public exhibits, panels and events, as these are predominantly Latino communities on the east side of Los Angeles that traditionally has not seen a lot of major art exhibits.

The theme of the SUR: Biennial is Assimilation, Adaptation, and Acculturation.  This year’s program will incorporate a number of unique viewpoints throughout the exhibit that will demand a shift in viewers’ perception of the theme.

“The SUR: Biennial aims to expand Los Angeles’ importance as a critical epicenter in today’s art scene,” said the exhibit’s curator, Ronald Lopez, who was born and raised in East Los Angeles and is now the Executive Director at Outpost for Contemporary Art. “We want the contemporary works and new media displayed during the exhibit to educate as well as provoke emotions and intellectual thinking. It will be interesting to see artists explore and showcase how Latino culture has influenced their craft.”

The local artists invited to participate in the exhibit are descendents from countries such as Argentina, Mexico, Colombia, Puerto Rico, to mention a few. 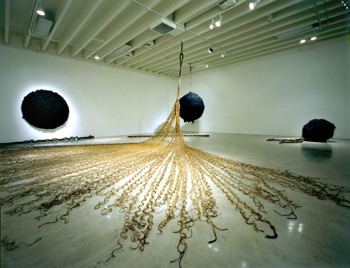 The exhibit was co-founded by Lopez and Los Angeles-based gallerist, artist and art professor Robert Miller, who will act as Gallery Director for Rio Hondo College.  Cerritos College Gallery. Director James MacDevitt will coordinate all gallery activites at Cerritos College and BlueBird ArtHouse Owner and Director Veronica Martinez will coordinate all gallery activities at her gallery.