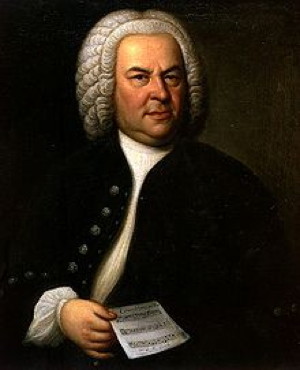 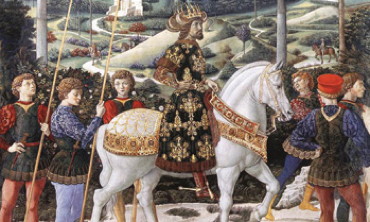 Los Angeles Chamber Orchestra (LACO), one of the nation’s leading orchestras renowned for its wide-ranging repertoire and adventurous commissioning initiatives, performs the complete cycle of Bach’s Brandenburg Concertos on Saturday, November 5, 8 pm, at the Alex Theatre in Glendale, and Sunday, November 6, 7 pm, at UCLA’s Royce Hall.  Leading these masterpieces of orchestral color from the first chair is esteemed LACO Concertmaster Margaret Batjer. The program, showcases many of Orchestra’s virtuoso principals

Bach’s much-loved ‘Brandenburg Concertos’ are a signature LACO program. The Orchestra has previously performed the Concertos an astonishing 51 times, more often than any other works in its repertoire. They remain evergreen and present an opportunity to showcase the immense talents of many of LACO’s virtuoso principals.

In 1721 Bach presented the Margrave of Brandenburg with a bound manuscript containing six lively concerti for chamber orchestra. The works had been based on an Italian Concerto Grosso style. The ‘Brandenburg Concertos’ went on to become a benchmark of Baroque music.

The Brandenburg Concertos are reportedly a highlight of one of the happiest and most productive periods in Bach’s life. At the time he wrote them, Bach was the Kapellmeister (the music director) in the small town of Coethen, where he was composing music for the court. Bach himself presided over the first performances of these compositions in Coethen.  It wasn’t until 150 years later, when Bach’s biographer Philipp Spitta dubbed them the ‘Brandenburg’ Concertos.

Treating them as a set, Bach compiled the works from short instrumental sinfonia and concerto movements he had previously written. He then re-worked the old music, often re-writing and elaborating where necessary, and in doing so, Bach created a dramatic arc from the scintillating first concerto to the last. Together they evoke a spirited chase.

Tickets ($24 – $105) are on sale now and may be purchased online at laco.org, by calling LACO at 213 622 7001, or at the venue box office on the night of the concert, if tickets remain.  Discounted tickets are also available by phone for seniors 65 years of age and older and groups of 12 or more.  College students may purchase rush tickets one hour before curtain; also available for students is the $25 “Campus to Concert Hall All Access Pass” – good for all seven of LACO’s Orchestral Series concerts at either the Alex Theatre or Royce Hall and for all three Westside Connections concerts at The Broad Stage, plus other benefits.

Margaret Batjer, who curates LACO’s Westside Connections series, joined the Orchestra as concertmaster in 1998.  She made her first solo appearance at the age of 15 with the Chicago Symphony in Gian Carlo Menotti’s Violin Concerto.  Since then, she has been re-engaged by the Chicago Symphony, as well as a succession of other major orchestras.  Batjer has also appeared as a soloist throughout Europe with orchestras including the Chamber Orchestra of Europe and the Berlin Symphony Orchestra.

Equally respected as a chamber musician, Batjer has performed regularly at the Marlboro Music Festival, the Minnesota Orchestra Sommerfest, the La Jolla Summerfest, the Vancouver Chamber Music Festival, and the Naples and Cremona festivals in Italy.  She has recorded the Bach Concerto for Two Violins in D minor for Philips with Salvatore Accardo and the Chamber Orchestra of Europe, and more recently for Deutsche Grammophon with Hilary Hahn and LACO.  Batjer has won numerous prizes, including the G.B. Dealey Award in Dallas.  She joined the faculty of the Thornton School of Music at USC in 2005.

LOS ANGELES CHAMBER ORCHESTRA (LACO), proclaimed “America’s finest chamber orchestra” by Public Radio International, has established itself among the world’s top musical ensembles.  Since 1997, LACO has performed under the baton of acclaimed conductor and pianist Jeffrey Kahane, hailed by critics as “visionary” and “a conductor of uncommon intellect, insight and musical integrity” with “undeniable charisma.”  Under Kahane’s leadership, the Orchestra maintains its status as a preeminent interpreter of historical masterworks and a champion of contemporary composers.  During its 43-year history, the Orchestra has made 30 recordings, toured Europe, South America and Japan, performed across North America, earning adulation from audiences and critics alike, and garnered seven ASCAP Awards for Adventurous Programming. Headquartered in downtown Los Angeles, LACO presents seven Orchestral Series concerts at both Glendale’s Alex Theatre and UCLA’s Royce Hall, five Baroque Conversations concerts at downtown Los Angeles’ Zipper Concert Hall, three Westside Connections chamber music concerts at The Broad Stage in Santa Monica, three Family Concerts at the Alex Theatre and an annual Discover concert at Pasadena’s Ambassador Auditorium.  In addition, LACO presents a Concert Gala, an annual Silent Film screening at Royce Hall and several fundraising salons each year.  LACO was founded in 1968.

(Discounts for groups of 12 or more, seniors 65+ and college students, if available;

also available to students: $25 “Campus to Concert Hall All-Access Pass” – good for all 7 of LACO’s Orchestral Series concerts at either the Alex Theatre or Royce Hall and for all 3 Westside Connections concerts at The Broad Stage, plus other benefits)

Tickets also on sale at the theatre box office the night of the concert, if available.

One hour before curtain, pre-concert talks provide insights into the music and artists.

Free for all ticketholders  (cheap!)