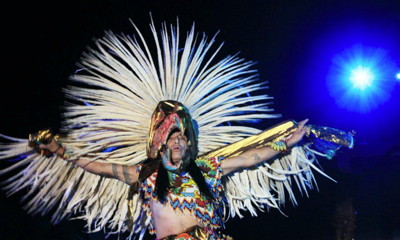 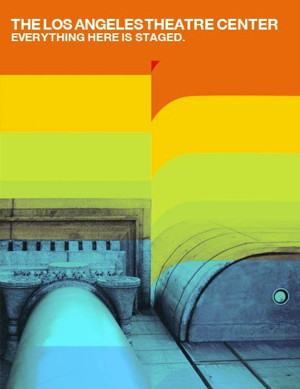 An eventful weekend of play readings – free to the public – gives an advance look at plays scheduled for full production at Los Angeles Theatre Center during its 2012 Spring and Fall production calendars. Also being presented are readings of outstanding plays from the UCLA MFA playwrights’ thesis projects, as the UCLA New Play Festival is incorporated into this event.

Taking place at Los Angeles Theatre Center from January 25 through 29, 2012, it’s The 3rd Annual LATC Playwrights Festival. Admission to all events is FREE. Light refreshments will be provided. Readings will be followed by the playwrights engaging in open dialogue with the audience.

Events will take place at The LATC, 514 S. Spring St. in downtown Los Angeles, CA 90013. No reservations are necessary.

The writers presented constitute a mix of established and emerging playwrights. The Emerging Playwrights Initiative is designed to nurture and support new works while creating opportunities for collaboration and community between emerging and established playwrights. These plays are currently in development by LATC resident and associated companies for production in 2012.

In Theatre 2: “Charity: Part III of A Mexican Trilogy.” Written by Evelina Fernandez. The Trilogy depicts a Mexican-American family impacted by charismatic figures (Franklin Delano Roosevelt, John F. Kennedy, Pope John Paul II). In this third and final installment, the world mourns the death of Pope John Paul II, the centenarian matriarch of the family is visited by the ghost of her great grandson slain in Iraq, as a newly arrived relative from Mexico suddenly appears. From Latino Theater Company.

In Theatre 4: “Gun Show.” Written by Joe Marciniak. Directed by Darin Anthony. A gun dealer by trade, Higgins travels from state to state peddling his merchandise on the gun- show circuit. Higgins is a practical man who does what he needs to in order to get by, including occasionally bending the rules. But when one of those bent rules plays a major role in a modern- day tragedy, Higgins discovers just how ill-equipped he is to deal with the guilt and psychological consequences of his decisions. UCLA New Play Festival.

In Theatre 2: “The Road Weeps, The Well Runs Dry.” Written by Marcus Gardley. In 1866, African American Freemen (Black Seminoles) incorporate the town of Wewoka, Oklahoma. The very foundations of the town are put to the test when the new religion and the old way come head to head, and their former enslavers try to seize their land. From Latino Theater Company and LARK Play Development Center.

In Theatre 4: “Click.” Written by Kate Sullivan Gibbens. Directed by Casey Stangl. Cole, a female-to-male transgendered person, has been assigned to help Troy, another FTM in transition.  As this process brings up doubts for Cole about his reasons for transitioning, Cole’s friend Michael, a drag queen on tour, drops in for a visit.   Between Troy and Michael, Cole is forced to look at his relationship with his girlfriend, his choices, and his true feeling about his life in general. UCLA New Play Festival.

In Theatre 4: “Girl Most Likely To.” Written by Michael Premsrirat. A Filipino American boy wants nothing more than to be accepted for who he is. Forget that he likes wearing girls’ clothes to school and breaks out to do impromptu Christina Aguilera songs. That’s nothing compared to the trouble towards which he is headed. A funny, heart-wrenching sweet play about owning yourself. From Playwrights’ Arena and Latino Theater company in association with PAE Live!

In Theatre 2: “Buckskin for a Bride” by Mark Anthony Rolo. On the eve of marrying the man of her dreams Lucy Deer’s bright future is threatened when her long lost American Indian reservation family appears on the doorstep of her Manhattan apartment. Lucy’s older sister and her activist boyfriend along with their malcontent mother have come to the city to seek amnesty after participating in a failed tribal government coup. Determined to save her “happily ever after” fantasy Lucy sets into motion a screwball smoke and mirrors scheme to resolve her renegade family’s legal troubles. But what she does not know is that even white men like her bridegroom have their own threatening dark secrets to keep. From HOOPS Theatricals.

In Theatre 4: “Refugee Nation.” Written by Leilani Chan and Ova Saopeng. A mother lives alone in the darkness. A father struggles to forget a lost war. A son battles in the streets of urban America. A daughter searches for answers in her community. “Refugee Nation” is about a young generation struggling to understand their history and the silence of an elder generation still healing form the traumas of war. What can we learn from the wounds of a war over 30 years ago in the hope to find healing? (Based on the stories of Laotian refugees in the U.S.) From TeAda Productions and Latino Theater Company.

The Festival is being coordinated by The LATC’s Literary Manager, Chantal Rodriguez, Ph.D.

For more information about the Emerging Playwrights Initiative,