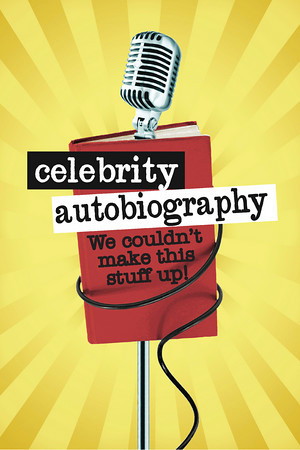 The stars will come out for laughs and a good cause when Craig Bierko and the Celebrity Autobiography team up for Loma Linda University Children’s Hospital on February 21, 2012 for two special performances at Indian Wells Theater.

Scheduled to appear are:

Craig Bierko, star of stage (Tony nominee for “The Music Man,”) screen (“The Change-Up,” “Cinderella Man”) and television (“Sex and the City,” “Damages”) and a dazzling line up of performers appear live on stage for two performances only in the internationally acclaimed comedy hit Celebrity Autobiography—where stars act out celebrity memoirs.

Proceeds from the event will build the Pediatric Intensive Care Pharmacy at Loma Linda University Children’s Hospital, which serves the 1.3 million children of San Bernardino, Riverside, Inyo and Mono Counties.

The international smash hit comedy where outrageous and true celebrity memoirs are acted out live on stage by some of the funniest people in entertainment, Celebrity Autobiography is an evening of jaw-dropping, hard-to-believe vignettes excerpted straight from actual celebrity tell-alls: from the ‘he-said, she-said’ accounts of Burt and Loni, Tiger Woods’ “golf lessons,” the re-enactment of Tommy Lee and Pamela Anderson’s courtship, to a hilarious ensemble “playlet” edited together from the memoirs of the most famous love triangle in Hollywood history—Elizabeth Taylor, Debbie Reynolds and Eddie Fisher.

Audiences leave the show asking “Did these celebrities really write that?”  Yup—they are not making any of it up!

You can read my review of an earlier performance here.

Playing to sell-out audiences and rave reviews in New York City since fall 2008, created by Emmy-nominated writer-performer Eugene Pack, and developed by Pack and Dayle Reyfel. Celebrity Autobiography is one of the most critically acclaimed, “buzzed about shows” of recent years, according to Entertainment Weekly. The show has also played in Los Angeles and in points across the United States as well as in London and Australia.

Craig Bierko last partnered with Celebrity Autobiography on behalf of his favorite cause, Loma Linda University Children’s Hospital, in June 2009 for a Los Angeles performance.  The February 21 performances mark the first such date in the Coachella Valley.

Ticket prices are $75 general admission and $100 for preferred seating.

A $150 ticket for the 8 p.m. performance includes preferred seating plus a dessert reception with the celebrity cast following the show.