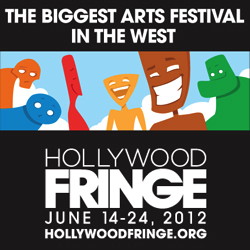 HFF 2012 – Fringe theater reviews – what the other critics are saying

The excitement was palpable this past weekend, and the Fringe hadn’t even started!

Several shows opted to hold ‘preview’ performances for the critics, but they were well-attended by punters keen to soak up as much theater as they can, in advance of the Third annual 2012 Hollywood Fringe Festival’s official opening on Wednesday, June 13, 2012.

ArtsBeatLA spoke with a cheerful couple from Florida who regularly visit LA to see theater – everything from Broadway shows at the Pantages (they loved The Addams Family musical) to shows at Celebration Theatre (they equally loved The Color Purple musical – both are magnificent productions).

And here’s an updated show list of my reviews. Click on the active links in the play’s title to go to its review page.

No Way Around but Through – Saturday June 9, 8pm  (not Fringe) 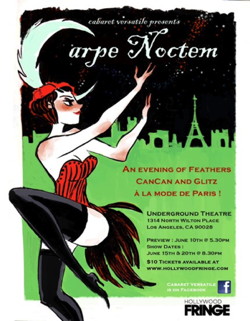 The Secret of Sherlock Holmes