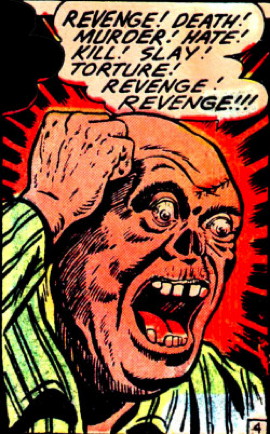 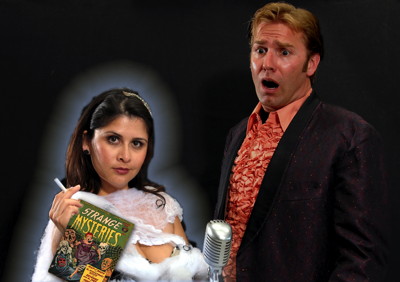 Captured Aural Phantasy Theater has teamed up with Creepy LA to present two shows for thrilling, chilling performances this Halloween: The Haunted Horror Variety Show and The Feast of Terror Spook Show. Each show is new and unique.

Jointly produced by Captured Aural Phantasy Theater, a cabal of theater geeks with a penchant for comic books and the absurd, and Creepy LA, the premier site for all that’s ‘Halloween’ in Los Angeles, both events are reminiscent of classic spook shows, with special effects, gory gags, music and a weird séance that’s sure to conjure an animated monster.

Along with an evening of spine-chilling fun, Haunted Horror Variety Show is also serving as a promotional event for a brand new line of comic books co-edited by Steve Banes, the mastermind of leading horror comic blog “The Horrors of It All, and Craig Yoe. Free prizes to audience members! Arrive early–supplies are limited.

All Halloween Night – A Show, Bands and Booze!

Terror strikes the legendary El Cid on Halloween Night with the Feast of Terror Spook Show, a mixture of a horror–themed variety show and a spook show from the 50’s, featuring live, multi-media performances of classic horror comic book stories. Live music, spooky acts, spine-chilling tales, sultry singing and prizes are thrown in for a night of thrilling entertainment that will also feature a monstrous séance and other elements of a vintage spook show. We’ll even raffle off a dead body!

Special guests will join the mayhem, including a “ghastly” appearance by the surf band The Noble Gasses. After the show, stay and keep the party going while enjoying bands, food and booze!

El Cid is the perfect place for such a chilling production. Revel in the venue’s moody 100 year-plus history while enjoying a brand new tapas menu and superb cocktails. Get there early to grab a good seat and excellent food, or get there near curtain and start drinking!

Captured Aural Phantasy Theater is what would happen if Garrison Keilor, John Waters and Stan Lee all hooked up after a night of hard partying. We combine the art, drama and comedy of a vintage radio program with the live entertainment of a variety show. Shows are built around performances of vintage pop culture gems, usually giving old comic books a modern voice, along with live sound fx, and live music

Creepy LA is the premier blog that lets the City of Angeles know what to do during the Halloween season. With thousands of readers, Creepy LA is the first and last place to get the skinny on Halloween.