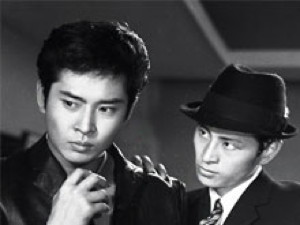 NO RSVP Required
Schedule can be seen here.

7:00pm at JFLA Auditorium
All Films Are In Japanese With English Subtitles

STORY
Seiji, a young man working at Takei Electronics store, decides to become a member of the Fists of Glory gym after witnessing his first boxing match along with the electronics store owner’s daughter, Yoko. Tou, the leader, also has an intensive training style who became a promising star after he won his first bout. However, one night Seiji learns that Tou’s wife Nanako is having an affair with Takamura, one of the trainers at the gym. When Seiji complains to Tou about Nanako being assaulted, the relationship between Tou and Seiji worsen. In despair, Seiji starts visiting a woman named Nae, a friend who has always been good to him, but after losing to a lower ranked fighter he leaves the gym. At that time Seiji randomly strikes Soukawa, leader of match fixing organization, making him go mad. But was this just an excuse to pressure Seiji into match fixing…