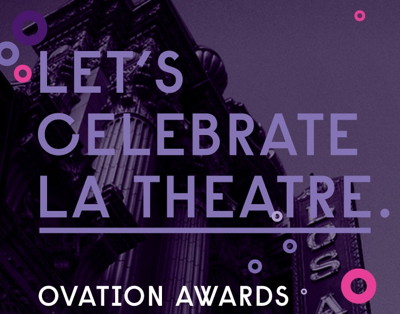 If you are a member of the general public who would like to attend the ceremony, you can purchase tickets by clicking here

Jane Kaczmarek is well known for her work on stage, and on television. She starred for seven seasons on Fox TV’s Malcolm in the Middle, earning seven consecutive Emmy Award nominations along the way. Other television work includes Raising the Bar, The Middle, Whitney, Wilfred, Felicity, Equal Justice, Paper Chase: The Second Year, Party of Five, Frasier, The Practice, St. Elsewhere, and Hill Street Blues. On stage, Kaczmarek most recently starred in David Lindsay-Abaire’s Good People at The Geffen Playhouse, for which she is an Ovation Award nominee this year.

She starred in Dinner With Friends and Raised in Captivity at South Coast Rep, and won an Ovation Award for her performance in Kindertransport at the Tiffany Theater in West Hollywood. Kaczmarek has appeared on Broadway, as well as in plays at the Manhattan Theatre Club, The Public Theater, Second Stage, Long Wharf, and the Berkshire and Williamstown Theatre Festivals, among others.

Herbert Siguenza is a founding member of Culture Clash, the most produced Latino Theatre Company in the United States. Founded in San Francisco in 1984 by Richard Montoya, Ric Salinas, and Siguenza, Culture Clash has stormed the stages of America’s top regional theatres, including, the Mark Taper Forum, The Kennedy Center, Arena Stage, Alley Theatre, Berkeley Rep, Yale Rep, and Syracuse Stage, along with countless colleges and universities. Siguenza has co-written and/or performed in American Night, Palestine New Mexico, Peace, Water and Power, Chavez Ravine, Zorro in Hell!, Radio Mambo, A Bowl of Beings, The Mission, and others.

Producers Kappy Kilburn and Malcolm Darrell will lead this year’s production team, with technical direction by Joe Hamlin. The production design is by Rachel Myers, lighting design is by Jared Sayeg, and sound design is by Cricket S. Myers. Musical direction will once again be by the Ovation Award-winning David O, and the voices of the Ovations are Bernadette Sullivan and Robert Yacko. Adeena Bell serves as production stage manager, and the Ovation statues will be presented by students from the MFA and BFA graduating programs at Cal State University, Long Beach.

Voters are Los Angeles theatre professionals who are chosen each season, through an application process, by the Ovation Awards Review Committee. The list of nominees is determined by a tabulation of scores conducted by the entertainment accounting firm Green Hasson Janks. This year’s Ovation Award eligibility period ran from September 1, 2011 through August 28, 2012.

At the historic Los Angeles Theatre

For information, to become a volunteer or a sponsor, and to purchase tickets, visit their official site.

If you are a member of the general public who would like to attend the ceremony, you can purchase tickets by clicking here