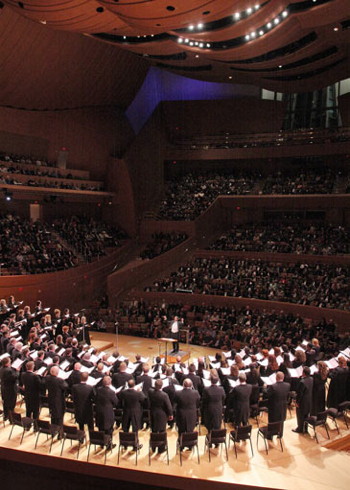 “This is probably the single most important choral work that the Chorale has yet to perform,” notes Gershon.  “It is a virtual compendium of all of the different musical forms of Monteverdi’s time.”

Filled with vitality and inventiveness, the Vespers was written at the peak of Monteverdi’s musical career.  Using novel compositional and theatrical techniques to create music described as “half opera, half dance,” Monteverdi helped lay the foundation for the stylistic conventions of the Baroque era.  The 90-minute Vespers of 1610, written for choir, soloists and orchestra, is considered to be the greatest work of sacred music prior to Bach’s B Minor Mass.

Tickets range from $29 – $134.  Group rates are available.  For tickets and information, please call (213) 972-7282, or visit their site.  (Tickets cannot be purchased at the Walt Disney Concert Hall Box Office except on concert days starting 2 hours prior to the performance.)  The Walt Disney Concert Hall is located at 111 South Grand Avenue at First Street in downtown Los Angeles.

TICKETS/INFORMATION:
213-972-7282
Purchases online here.
(Tickets cannot be purchased at the Walt Disney Concert Hall Box Office, except on concert days starting 2 hours prior to the performance.)