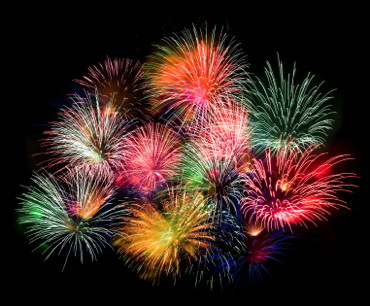 Musica Angelica – the renowned Baroque orchestra – will pay glorious tribute to its 20th anniversary season when it presents a famous work written as a triumphant victory celebration and another written for a grand and glorious party.

“Fanfares and Fireworks,” featuring two of George Frideric Handel’s most beloved works, Suite from the Water Music and Suite from Music for the Royal Fireworks will be presented on Saturday, February 23 at 8 p.m. at the AT&T Center Theater in downtown Los Angeles and Sunday, February 24 at 3 p.m. at First Presbyterian Church in Santa Monica.

“Britain’s King George I commissioned Handel to compose the Water Music as part of the entertainment for a royal boating party on the Thames River,” explains Martin Haselböck, Music Director. “Music for the Royal Fireworks was composed 32 years later during the reign of King George II, who asked Handel to write music to accompany a huge fireworks display celebrating the successful conclusion of the War of the Austrian Succession.

“Reaching a 20th anniversary is an extraordinary achievement,” continues Haselböck who, as the a recipient of the Deutsches Schallplatten Critics’ Prize and the Hungarian Liszt Prize knows a thing or two about achievements.  “The Water Music and Music for the Royal Fireworks reflect this – our sense of victory and our need to celebrate and throw a musical party for our friends who share our commitment to Musica Angelica and world-class performances of Baroque music.”

“Over 12,000 people congregated outdoors at Vauxhall Gardens to hear the rehearsal of Music for the Royal Fireworks,” adds Managing Director Laura Spino. “All the commotion caused a huge ‘traffic’ jam of carriages. The excitement this work generates has continued to this day.  And critics generally agree that the Water Music is the most famous of all Handel’s instrumental works – for good reason, as our audiences will hear.”

The program for “Fanfares and Fireworks” will open with the brilliant fanfare of trumpets in Telemann’s Concerto for three trumpets and orchestra and will also include Biber’s programmatic work Battaglia and Les éléments by Jean-Fery Rebel.

“Telemann’s Concerto was written to celebrate the birth of Prince Leopold, the heir to Emperor Charles VI,” says Haselböck, “Similarly we are celebrating a ‘birth.’ Lovers of authentic Baroque performance here in Los Angeles and around the world have benefited from the vision of Musica Angelica’s founders, Michael Eagan and Mark Chatfield.”

“Sadly Michael and Mark are no longer with us,” Laura Spino adds. “But at Musica Angelica we are committed to keeping their dream alive for many more anniversaries to come.”

Plus works by Telemann, Biber and Jean-Fery Rebel

Members of SCEMS and KUSC receive $10 off single ticket prices

Musica Angelica is an internationally renowned Baroque orchestra based in Santa Monica, California and led by music director Martin Haselböck, award-winning organist, conductor, and composer.  Musica Angelica is dedicated to the historically informed performance of Baroque and early Classical music on period instruments.  Its programs include a mixture of known masterworks by composers such as Bach, Handel and Vivaldi, along with rarely heard gems by lesser-known composers.

A visionary Music Director, Martin Haselböck often brings a new twist to performances by combining traditional Baroque music with avant-garde multimedia.  One of his creations, “The Infernal Comedy,” staring John Malkovich, was premiered by Musica Angelica in Santa Monica and enjoyed 50 repeat performances throughout Europe.  In fall of 2011, Musica Angelica toured the Americas with The Infernal Comedy, performing 16 concerts in ten cities to sold-out audiences totaling over 23,000.

Among critical acclaim from the media for Musica Angelica is a Los Angeles Times review, which said, “Musica Angelica soars in a Baroque gem… a triumph… Haselböck’s leadership was nuanced and inspiring.”  Musica Angelica was described as a “world class Baroque orchestra” by KUSC FM Classical Music Radio, as “L.A.’s premiere Baroque music ensemble” by Angeleno Magazine, and as “a serious and important early-music ensemble, the best of its kind in these parts” by the late esteemed music critic Alan Rich.

In 1998, Musica Angelica issued a well-received recording, Vivaldi Concertos for Lute, Oboe, Violin and Strings.  In 2007, Musica Angelica raised its profile with a contract for four recordings on the Germany-based New Classical Adventure (NCA) label.  The first, released in 2007, is Handel’s Acis and Galatea, the second, released in 2008, includes the concertos of Telemann featuring the principal players of the orchestra as soloists, and a third comprised of Bach cantatas was released in 2009.