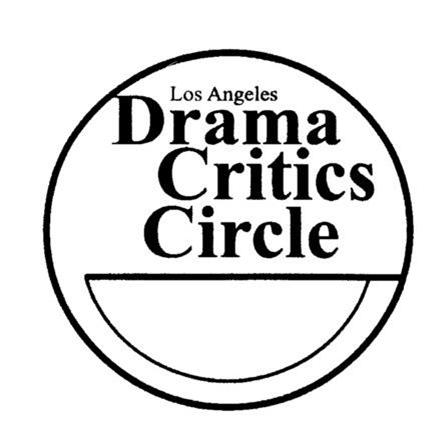 The event will be hosted by actor/comedian French Stewart.

Scheduled performances and musical numbers will include:

“The Rumble” dance sequence from West Side Story;

“I’m Here” from The Color Purple,

A performance from Justin Love;

French Stewart, TV star (“3rd Rock From the Sun”) and local theater mainstay (“Stoneface”: “Voice Lessons”) will host the 44th Annual Los Angeles Drama Critics Circle (LADCC) Awards on Monday, March 18, 2013 at the Los Angeles Theatre Center, 514 S. Spring St. Downtown. Tickets for the show and opening reception, which will start at 6:30 pm, can be reserved by e-mailing [email protected]. All seats are $30.00

Stewart will preside over this year’s theme “Theatre Everywhere,” focusing on the wide geographical range within which LADCC members travel in the course of a year to see and celebrate the best of live performance. Top representatives of local institutions – including Michael Ritchie of CTG; Sheldon Epps of The Pasadena Playhouse; Barbara Beckley of The Colony Theatre; and Zombie Joe of Zombie Joe’s Underground Theatre – will assist Circle members in presenting awards in 17 competitive categories as well as a host of special award plaques.

Entertainment, too, will come from all over the region. Almost two dozen performers from Orange County will reunite to perform “The Rumble” from the Chance Theatre’s acclaimed and nominated revival of “West Side Story.” The cast of “Justin Love,” the smash musical that originated at Celebration Theatre – winner of this year’s Margaret Harford Award for distinguished achievement – will appear, alongside performers from “The Color Purple” (Cesili Williams); “The New Electric Ballroom” (Tim Cummings); and “Bad Apples” (Kate Morgan Chadwick, accompanied by the show’s composer/lyricists Beth Thornley and Rob Cairns.)

Ryan Johnson, nominated for his score for “Stoneface” which starred Stewart as the legendary Buster Keaton, serves as musical director for the evening, which will be produced by Daily Variety and ArtsinLA.com critic Bob Verini. Production stage manager is Heatherlynn Gonzalez. Award-winning sound designer Cricket S. Myers lends her skills to the event, whose associate producer is Peter Finlayson of Footlights Publishing.

A cash bar with great food and a silent auction (cash and checks only, please) will occupy the 6:30-7:30 hour, until doors open and the annual celebration of great L.A. area theatre begins. For more information, check the official website here.

The Los Angeles Drama Critics Circle (LADCC) has announced its nominations and special awards for excellence in Los Angeles and Orange County theatre in 2012.

Doors will open at 6:30 p.m. on March 18 for drinks, music, hors d’oeuvres (no full dinner) and conversation, while at a Silent Auction attendees can bid on theater and film-related items. Only cash or checks will be accepted at the auction, please. The show will commence at 7:30 p.m.

Scheduled host French Stewart is a 25-year mainstay of the Los Angeles theatre scene and a notable star of TV and film. Best known for his six seasons co-starring on NBC’s 3rd Rock From the Sun, he is a member of Sacred Fools and played the title role in that company’s 2012 production of Stoneface, The Rise and Fall and Rise of Buster Keaton, which has received two LADCC nominations.

In recognition of this year’s theme, “Theatre Everywhere,” representatives of theatre companies based within the geographic beat covered by members of the Circle will join Stewart and Circle members to present awards in 17 competitive categories.

Six special awards will be presented under the sponsorship of organizations and individuals to whom the LADCC is most grateful. Honors have been announced for local institutions Celebration Theatre (for sustained excellence); and The Fountain Theatre and Center Theatre Group (for their excellent seasons). The Circle also recognizes prominent individuals: David O; Elina de Santos; Stephen Gifford; as well as Evelina Fernandez for her A Mexican Trilogy, an outstanding L.A. world premiere play.

The 2012 special awards winners are…

Three already-voted awards will be presented on awards night.

Plaques will be presented on March 18 to the following recipients:

Adrian Kohler with Basil Jones for Handspring Puppet Theatre, in recognition of the design, fabrication, and direction of the puppets of War Horse at the Ahmanson Theatre

David McCormick and Kelly Todd for their fight direction of West Side Story at the Chance Theatre in Anaheim.

In addition, a special plaque will be awarded to Center Theatre Group for an excellent season.

The Los Angeles Drama Critics Circle was founded in 1969. It is dedicated to excellence in theatrical criticism, and to the encouragement and improvement of theatre in Greater Los Angeles.

The 2012 membership consisted of:

The LADCC is pleased to welcome FootLights Publishing, Inc. as consultants on this year’s awards events. The mission of FootLights is to illuminate the theatre community, providing greater access to a more diverse public while at the same time offering insight into the production and process of theatre.

The LADCC expresses its gratitude to Los Angeles Theatre Center and Latino Theatre Company for their warm welcome and many courtesies.