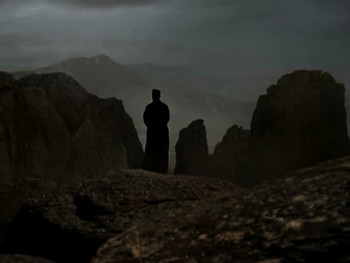 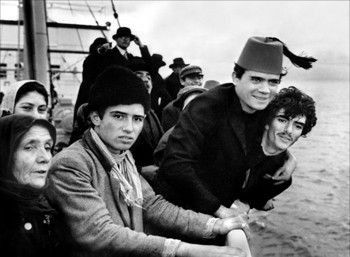 Most consider Greece the home of western thought and tradition. Indeed, some of the earliest stories originated from that part of the world. Thursday night at the Writers Guild Theater in Beverly Hills, however, it was some of the newest stories that were being celebrated at the 7th Annual Los Angeles Greek Film Festival.

“What we are and how our festival is defined year after year we owe to the Greek filmmakers from Greece, Cyprus, and the world who have captured the hearts of the times, the turmoil, the pain, and the hope of a whole new generation,” said festival Artistic Director Ersi Danou at last night’s Opening Night Gala event.

For the most part, the four-day-long festival (June 6-9) will be held the Writers Guild Theater and the Real D Screening Room, both in Beverly Hills.  With 34 films from 10 different countries, many of which are making their US and World Premieres, this year’s festival aims to offer optimism to a country that, as of late, has suffered its share of financial and political hardships.

Director and cinematographer Spiros Stathoulopoulos’ film Meteora gained the prestige of launching the festival. Referring to the secluded Byzantine monastery where the sensitive tale is set, its lead actor Theo Alexander recalled his experience as a happy if challenging one.

Director of Programming Aristotle Katopodis spoke to the emerging relevance of contemporary Greek cinema, fervently claiming, “Content and stylistic innovations go hand in hand in producing significant cinema and this is what we are aspiring to achieve at this festival.

“Our program is a challenging one this year, as it gives voice to films that make a difference,” added Katopodis, who also made reference to the Saturday afternoon shorts program, Golden Dawn, Dark Nights: 7 Voices; a series of short films that directly address the rise of radical political groups in Greece. 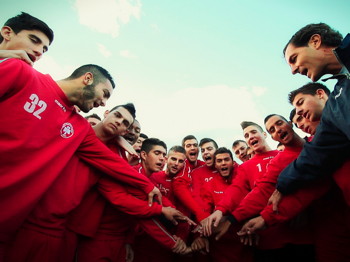 This celebration does not come at the cost of neglecting filmmakers of Greek descent who have preceded this current generation. This evening (Friday night) there will be a special tribute to famed film director Elia Kazan, hosted by President of HBO Miniseries and Cinemax Programming Kary Antholis. The tribute will feature a screening of Kazan’s 1963 Academy Award winning film America, America as well as a 30-minute discussion about Kazan’s life and work.

Highlights of this weekend’s festival include the US Premiere of Panagiotis Evangelidis’ documentary about two HIV-positive middle-aged gay friends They Glow In The Dark; the LA Premiere of Thanos Anastopoulos’ The Daughter (winner of Best Directing, Screenplay and Cinematography at the 2013 Hellenic Film Academy Awards) and Ektoras Lygizos’ Boy Eating The Bird’s Food, previously screened at the 2012 Karlovy Vary International Film Festival and Toronto Film Festival, to follow.

“We’re grateful for the vision of the festival being a place where dreams can come true,” said Danou.

Some of those dreams include Sunday’s Project Discovery Forum where young filmmakers of Greek and Balkan descent will be given the chance to pitch and present their films to a panel, including forum co-founder and film producer Manos Gavras. The winner will be will be honored at Sunday night’s award ceremony.

Winning films will be presented with Orpheus Awards in three categories: Best Feature Film, Best Documentary, and Best Short Film, in addition to a Special Jury Award and Audience Award. The jury is chaired by Tassos Boulmetis, director of the popular 2003 film A Touch of Spice.

Along with the awards, Closing Night ceremonies will feature the US Premiere of Kimon Tsakiris’ highly anticipated Mitsigan – Hardships & Beauties followed by a special dinner reception at the residence of Consul General Elisabeth Fotiadou to conclude the festivities. (This dinner will be available exclusively to Gold Pass holders or by invitation only.)

“It’s time to build, we cannot burn anything more,” said Alexander alluding to the February 2012 riots in Athens and hinting at the redemptive power of creating new art.

Referring to the promised quality of those artistic attempts and the events held, Festival Director Craig Prater offered this challenge to attendees: “I want to see you all on Sunday night for the closing events so I can tell you, ‘See, I told you!’”

For auction items and the complete schedule, view the official website here.