Legendary Bingo – How A Numbers Game Can Help So Many 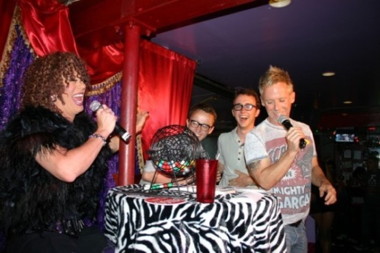 Legendary Bingo’s Charitable Fabulousness—How A Numbers Game Can Help So Many.

Bingo has been known as a social card game that’s mostly played by retirees or is played only in charity events. Fortunately, that image is now evolving, and Legendary Bingo is one event that helps charities in very “fabulous” ways.

We’ve heard and seen many classic games become online entertainment sensations, and that includes the social numbers card game bingo. From social gaming BingoBlitz at Facebook to the online gaming community Cheekybingo.com , the number of bingo fans is increasing exponentially. Aside from online gaming, people like Jeffrey Bowman are changing the reputation of bingo from a boring and sullen game to a fun and exciting endeavor.

“Jeffery ‘Bingo Boy’ Bowman began fundraising in the 1980’s, producing some of the very first AIDS benefits in the Los Angeles area,” BingoBoyInc.com shares. It was Bowman who came up with Legendary Bingo. “(He) created Legendary Bingo in 1998 as a low cost way to bring the idea of fundraising to a younger demographic and make it fun,” his official website said.

“Legendary Bingo is now considered a Los Angeles cultural landmark and is held across the Southland at least 4 times per week including charity events, private parties and corporate events. The City of West Hollywood commemorated Legendary Bingo’s 10th anniversary by proclaiming the date ‘Legendary Bingo Day’ in the city,” BingoBoy Inc. iterated.

For this month, events are already jam-packed for this ecstatic yet compassionate gaming events group.

The latter event is for the benefit of the Leukemia/Lymphoma Society.

Reservations and details for the Viva Cantina event are available here.

This month, Legendary Bingo’s main charity is Food On Foot. This non-profit organization provides Los Angeles poor and homeless with nutritious meals, clothing, and other necessary assistance. The assistance given is for the transition to employment from life on the streets.

For more information on their events and charities, you can visit BingoBoyInc.com.