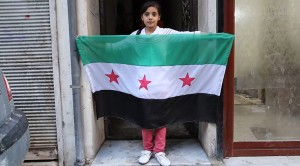 This Thursday (9/27) the Arpa International Film Festival returns to Los Angeles for the 16th year. Fittingly, a festival that celebrates one of the oldest cultures in the world will be hosted by one of the oldest theaters in Hollywood, the Egyptian Theatre. Founded in 1995, the Arpa Foundation for Film, Music and Art (AFFMA) is named after the Arpa River that runs through much of Armenia. The first film festival was held in 1997 with a mission to enhance Los Angeles’s creative environment and support those artists who bridge the cultural divide through cinema. Nearly two decades later the founders, including Sylvia Minassian, seem to have made good on their intent.

With 60 films from over 30 countries, categories range from feature to short length narrative and documentaries and include some of the most acclaimed actors and filmmakers from around the globe.

The Opening Night film, My Name is Viola (9/26 – 8pm), is the latest from veteran Armenian filmmaker Ruben Kochar and serves as his official introduction to the US in his 30 year career. Preceding the film will be Red Carpet ceremonies and following a reception catered with traditional and contemporary foods and wine will in the Egyptian’s Courtyard.

On Friday night, the first of three centerpiece films, Abstraction (9/27 – 8pm) will premiere marking the directorial debut of Los Angeles filmmaker Prince Bagdasarian and starring Korrina Rico, Ken Davitian and Eric Roberts. Following will be a series of selected shorts.

Saturday and Sunday will feature mostly a collection of varied films including Marlene Edoyan’s personal account of her trip through Armenia, Figure of Armen (Figure d’armen) (9/28- 1pm), Howie Askins revenge film Her Ruling (9/28 – approx 10:30pm) written and produced by Jasmine Karapetyan (9/28 – approx 9:45pm) and the highly anticipated Bared Maronian documentary Orphans of the Genocide (9/29 – 4:30pm) which follows the research of Maurice Missak Kelechian whose findings unveiled the site of an Armenian orphanage located near Beirut, Lebanon where 1,000 Armenian Genocide orphans had lived during WWII.

In addition to the films from Armenia and those of Armenian descent, AFFMA will also feature an array of projects from other countries and filmmakers. Stateless (9/28 – approx 3:30pm) directed by Scott Erlinder regards the aftermath of the Rwanda Genocide, TWO: The Story of Roman & Nyro (9/28 approx 3:30 pm) directed by Heather Winters follows Grammy Award winning songwriter Desmond Child and his lifelong partner’s journey to create the new modern family and Welcome Nowhere (9/29 – 12pm) directed by Kate Ryan and narrated by Academy Award Nominee Ethan Hawke, documents the gypsy, or Roma people, of Sofia, Bulgaria. Films like Julie Mallozzi’s Indelible Lalita, (9/29 – approx 1:45pm) also look to draw interest.

Closing Night ceremonies will begin on Sunday (9/29) at 7:30pm and will include a dinner catered by La Fogata restaurant. AFFMA will also honor Sid Haig with the Lifetime Achievement Award, producer Matthew Van Dyke, whose Not Anymore: A Story of Revolution will screen on Saturday 5:30pm, will be honored with the Armin T. Wegner Humanitarian Award and Sev Ohanian (My Big Fat Armenian Family, 9/29 – approx 2:30pm) will be awarded Breakthrough Filmmaker partly for his work as a co-producer of the 2013 hit Fruitvale Station.

For more information on the history of the festival and the lineup of all films visit their official site. 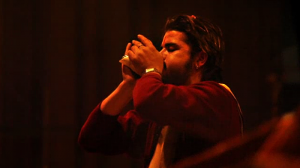 WHERE:  The Egyptian Theatre

Centerpiece Films are $25 each