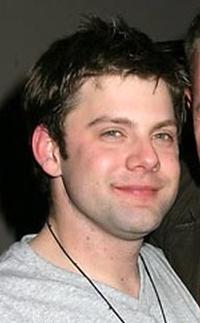 A Memorial Celebration for composer Damon Intrabartolo is set for today – Monday, September 23, 2013.

Friends, family and colleagues will gather today at 7:30 p.m. at The Pasadena Playhouse (39 S. El Molino Avenue in Pasadena) to celebrate the life of award-winning composer Damon Intrabartolo.  He died on August 13 in Arizona.  Damon was 39.

Damon received the 2001 L.A. Drama Critics Circle Award (Best Original Score) and the 2001 Ovation and L.A. Weekly Awards (Best Musical) for the pop opera bare.  Damon co-founded God Help! Productions, which produced the world premiere of bare in Los Angeles in 2000 (directed by Kristin Hanggi) and Ann E. Wrecksick & the Odyssey of the Bulimic Orphans in Los Angeles in 2003 and 2005.  His company distributes the internationally acclaimed 2007 bare album (produced by Deborah Lurie and Casey Stone) available on iTunes. Damon also wrote the music and lyrics for RIDE, which will have its world premiere in Orlando in 2014.  He also composed the yet-to-be-produced new musical The Marys (to be directed by Kristin Hanggi). Damon’s film orchestration/conducting credits include Dreamgirls, X2, Superman Returns, Fantastic Four, The Savages, In Good Company, Gothika, Halloween H20, the Emmy-nominated Fantasy Island (1999) and The Usual Suspects. Damon was an alumnus of the USC Trojan Marching Band where he played mellophone.

Director and close friend Kristin Hanggi said, “Damon was a truly magical being. He was, without question, a musical genius. From his work on film scores, to his work in musical theater, he was a powerful presence who, like a lighting rod, lit-up everything that he touched.  Some of my favorite memories include when he would write a new song and I would sit next to him on his piano bench and watch him play as if he was one with the piano. He was channeling his music from an other-worldly place. There are countless lives that bare has changed and it continues to be produced all over the world. Many young people even say his musical saved their lives. I know Damon has left his beautiful, lasting mark on the planet and I take solace in knowing that his music will live on. He was outrageous, irrepressible, radiant, and probably the most fun person ever. We called each other ‘creative soulmates’ and my heart is broken over his passing.”

Memorial Services will also take place in New York City on September 30, 2013 at 5:30 p.m. at St. Clements Theater (423 W. 46th Street in New York City) and in Phoenix, Arizona, with date and location to be announced.

Donations to help pay for the Damon Intrabartolo Memorial Services in all three cities can be made online here.