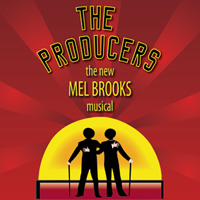 “The Producers” at The Norris Theatre – Los Angeles theater report

The Norris Center for the Performing Arts presents Mel Brooks’ outrageously funny smash hit musical, “The Producers,” September 20 – October 6. Based on the classic film of the same name, the irreverent, zany show is one of the most popular musicals in Broadway history, winning a record twelve Tony Awards, including Best Musical.

“The Producers” follows the hilarious adventures of washed-up Broadway producer Max Bialystock and his mild-mannered accountant Leo Bloom, as they scheme to get rich by overselling interests in what is sure to be the most notorious flop in the history of show business. They find the worst play ever written, hire a lead actor and director with no talent, and then wait for the bad reviews. But things go awry when the show becomes a huge hit. With the uproarious show within a show, “Springtime for Hitler,” “The Producers” skewers the absurdities of show business even as it delivers a heartfelt tale of the friendship that develops between the two would-be con artists.

“The Producers” features a book by comic genius Mel Brooks and Thomas Meehan (Hairspray), and music and lyrics by Mel Brooks. catchy score includes such showstoppers as “I Wanna Be A Producer,” “When You Got It, Flaunt It,” and the infamous “Springtime for Hitler.”

The original production opened in 2001, starring Nathan Lane and Matthew Broderick, and immediately became a Broadway phenomenon. Today, “The Producers” still holds the distinction of winning more Tony awards than any other show in history. The musical ran on Broadway for six years, breaking all box office records.

Performance times for the September 20 – October 6 run of “The Producers” are 8 p.m. Fridays and Saturdays and 2 p.m. on Sundays.

Norris Center for the Performing Arts

$25.00 for children, and discounted group tickets are available.

The show contains mature humor and adult language and is not recommended for children under 12 years.

Description:  “The Producers, “Mel Brooks’ outrageously funny smash hit musical comedy, won a record-breaking 12 Tony Awards.  Based on the movie of the same name, the musical follows a washed up theatre producer and his accountant, who scheme to get rich by creating a Broadway flop, but unexpectedly find themselves with a hit show on their hands.