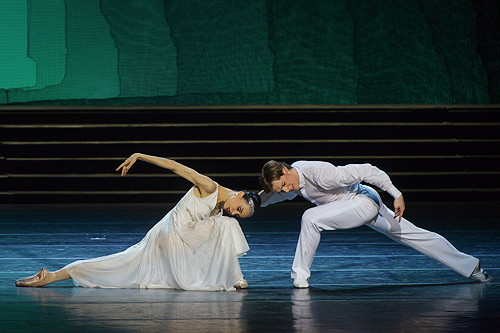 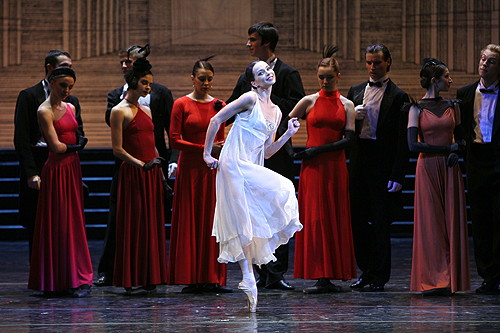 One of the most powerful classical story-ballets, Alexei Ratmanky’s Cinderella, will grace the Dorothy Chandler Pavilion stage on October 8-11, 2015 as Russia’s world-renowned Mariinsky Ballet and Orchestra opens the 12th season of The Music Center’s acclaimed dance series, Glorya Kaufman Presents Dance at The Music Center. The Southern California premiere of this celebrated work, set to Sergei Prokofiev’s haunting score performed by the Mariinsky Orchestra, will engage audiences during five performances at The Music Center’s Dorothy Chandler Pavilion with a fresh look at the classic story, featuring vibrant choreography, feisty humor and a glamorous 1930s twist.

Mariinsky Ballet and American Ballet Theatre Principal Dancer Diana Vishneva will perform the lead role of Cinderella on opening night. The Mariinsky Ballet and Orchestra precedes its Music Center engagement with performances of Raymonda at Segerstrom Center for the Arts in Costa Mesa, CA this weekend. More information on those performances of Raymonda can be found here.

Commissioned for the Mariinsky Theatre and premiering in March 2002, Ratmansky’s Cinderella launched the now internationally renowned choreographer onto the world stage. He weaves together a magnificent array of different styles that are interpreted through virtuous classical language along with a monumental, dramatic score. The result is a fresh, witty and sardonic account of the story. Ratmansky combines the grand spectacle of ballet from Soviet Russia with innovative choreography that has a contemporary edge, offering audiences endearing characters and a sense of sophistication. Cinderella is portrayed as a lonely dreamer and her stepmother as a vicious, tantrum-prone social climber. The choreography builds to a pas de deux of aching beauty and tenderness between Cinderella and her prince. The performances are complemented by spectacular sets and costumes that portray a more modern world of the 20th century.

Founded in the 18th century and originally known as the Imperial Russian Ballet, the Mariinsky Ballet is one of the world’s leading classical ballet companies. The company is based at the Mariinsky Theatre in Saint Petersburg, Russia. The Mariinsky Ballet is the parent company of the Vaganova Ballet Academy, a leading international ballet school, from which some of the greatest and most well-known dancers emerged, including Rudolf Nureyev, Mikhail Baryshnikov, George Balanchine and Natalia Makarova. Valery Gergiev is artistic and general director of the Mariinsky Theatre, Yury Fateev serves as interim ballet director, and Gavriel Heine is the conductor.

Ticket holders can get a behind-the-scenes perspective by joining Glorya Kaufman Presents Dance at The Music Center for DANCETALKS, featuring discussions one hour before curtain. Visit The Music Centers blog, OneThirtyFive//Grand at their site for more information about the performance.

Pre-performance DANCETALKS happen one hour prior to each performance, or in real time by calling 218-844-1930 (access code: 314902). DANCETALKS can also be heard after the engagement on The Music Centers Soundcloud channel at soundcloud.com/music-center-LA

*Program and artists subject to change.