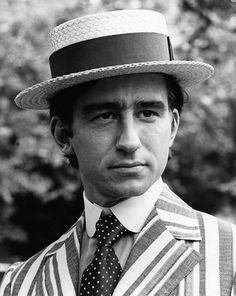 “It must have been in 1964 when I was working as stage manager for the Playwrights’ Unit at the Actors Studio that there was a planned studio production of two one act plays, Biscuit and Fitz, in the Unit. The playwright’s name was Maxine Furlaud, but despite the name, he was a guy, usually known as Max. I don’t know if he was really rich, but in any case, he moved in ritzy social circles that included Jacqueline Kennedy and millionaire John Hay (Jock) Whitney, one of those who helped David O. Selznick to finance the movie of Gone With the Wind.

The director was Frank Corsaro. He was directing the two one-acts. And I was stage managing. I have very little recollection of Fitz, but it dealt with a guy named Finn who was on a sailboat with his girl-friend. Sam Waterston was playing Finn, and I think Sally Kirkland was playing the girl.

But Biscuit was a weird and bizarre piece, which required a lot of special effects, which would be my responsibility as stage manager. The play was a two-character fantasy, which concerned timid or masochistic boys who allowed themselves to be walked on, and consequently were mysteriously transformed into sneakers or dogs. The plot was preposterous but very ominous, and the script was mysterious, literate and poetic enough to make us accept its improbabilities. The boy, Philip, was played by Bobby Walden, with John Harkins as his talking dog Fitz, who had once been a boy. He is wise and well-meaning, and tries to help the boy understand what is happening to him. He did not wear a dog suit—just a large leather dog collar. (He was trying on dog collars at Macy’s when he realized that the other customers had all frozen to watch him. Presumably they thought he was into heavy S&M.)

There was also a third character—an invisible boy who was never seen—but rocked himself in an onstage rocking chair, and did a number of other things, including chasing Philip with a white sneaker shoe-string. He was destined also to be a sneaker—the mate to Philip, once he was transformed.  At the end he invisibly opened a large wicker wardrobe trunk, and flung the string into it. Philip then climbs into the trunk, or pretends to, and then sneaks offstage.  The invisible boy then presumably follows him into the trunk and lowers the lid. The trunk shakes violently, then topples over, and out of it spill a pair of huge white sneakers—size 14s, lent for the production by Max’s large-footed friend Jock Whitney.

My job was to climb out on the narrow metal cat-walk over the stage, along with a lot of heavy duty black fishing line and a bamboo fishing pole. One string led to the back of the rocking chair, to make it rock when the boy was supposedly sitting in it. One led to the lid of the trunk, in order to raise it, and another led to the back of the trunk to tip it over on cue. But the tricky part was the flying shoe string. In order to make it fly around the stage, the string had to be fastened to a bamboo fishing pole, to extend my reach beyond the narrow cat-walk. That was a bit tricky, but manageable.

What was not so manageable was the fact that once on the cat-walk, I discovered I had acute vertigo, and was terrified of falling off the cat-walk, which had only a narrow metal hand-rail. I was okay as long as I had something to do, but during long patches of dialog, with nothing to occupy me, I was absolutely terrified, and lay on my stomach on the cat-walk, holding on for dear life. But however nerve-racking it was for me, the play proved highly effective. The action was so bizarre, and the language so rich, that it proved quite compelling for the audience who attended the dress rehearsal.

The next night was the one performance. I was seated at the receptionists desk downstairs, to welcome any visitors, when lo and behold, Jackie Kennedy walked in. She was a friend of Max, and had come to see his play. She was every bit as beautiful as she appeared in photographs, despite a jaw that was a lot squarer than it looked in pictures. And her date for the evening was Chuck Spaulding, of the sporting goods Spauldings. And since it was not that long after JFK’s assassination, she still had her secret service detail.

That rather alarmed me: what if they saw me moving about overhead and took me for a sniper? I had visions of being shot down off the catwalk. So I approached the secret service guys, to explain that I was part of the show. They said not to worry, they were only concerned about people overhead. I explained that I WOULD be overhead, and why. They were very laid back, and said not to sweat it. It was okay.

The performance went off without a hitch, and the audience seemed mesmerized. As far as I could tell, nobody even looked up to see who was pulling the strings. And John Harkins and Walden acted it with conviction and considerable charm. When it was over, I carefully placed myself near Max in order to hear what words of wisdom would be spoken by Jackie. But when she came up to him, hugged and kissed him, and said only, “Oh, golly, Max!”

There was only one performance. But some months later, Frank Corsaro was planning an off-Broadway production. He wanted to do another mounting of the show, as a test run. This was not for the Playwrights Unit, so I wasn’t immediately attached. But Frank approached me and asked me if I was willing to run the show again. I wasn’t terribly eager to do it, but I told Frank I would do it if he promised me to hire me for Off-Broadway if it went into production. He promised.

We began rehearsals, and many things were different. For one thing, I THINK Sam Waterston took over the role of Philip, but I’m not certain of that. For another, there had been large cuts in the script. Many professional theatre folk have the philosophy of “When in doubt, cut!” I immediately felt that the cuts were disastrous. They had reduced the play to nothing but plot. It had worked when Max’s wonderful dialog and mood building prepared a receptive audience. Without that preparation the play seemed both preposterous and silly. But I wasn’t consulted.

Sometime later, the play was produced Off-Broadway, but only John Harkins, Sally Kirkland, and Sam Waterston were retained from the Studio versions. Jeff Siggins played Philip. I didn’t see it, and of course, Frank’s promise to me was not fulfilled. I didn’t much care, once the script had been mangled. But I did resent it. And when later Frank was directing NIGHT OF THE IGUANA and tangled with Bette Davis, I enjoyed the spectacle. Davis was not happy (one of the newspaper critics observed that she looked like “a gunny sack full of galoshes,” which can’t have improved her morale.)  At any rate, she pulled rank on Frank, and he fled the production to retreat to Florida before the show even opened.”