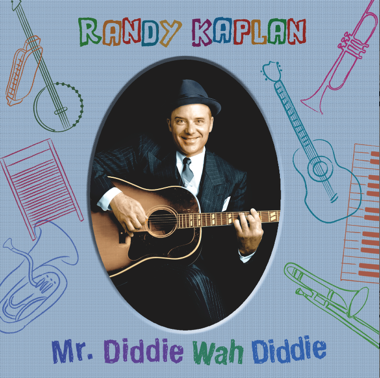 The Getty’s Garden Concerts for Kids series returns this August with a line-up of some of the nation’s most popular children’s musical artists. Families can delight in the imaginative and whimsical tunes of award-winning musicians as they perform on the lawn of the Getty Center’s Central Garden.

Best of all, the Garden Concerts for Kids are free!  (cheap!)

“Children’s music is much more than the classic standards parents have grown up with,” explains Laurel Kishi, public programs manager at the J. Paul Getty Museum. “These musicians are driven to create innovative approaches to children’s education and entertainment that the whole family can appreciate.”

On August 4 and 5, see Justin Roberts and the Not Ready for Naptime Players in his only Los Angeles appearance this year. Named the #2 children’s musician by Time Out New York Kids, Roberts returns to the Getty with tunes from his latest Grammy Award-nominated album, Jungle Gym. Giant pounding drums, vintage electric guitars, fanciful time changes, soaring vocals, and elegant French horns conquer the heights of Jungle Gym.

On August 11 and 12, Randy Kaplan fingerpicks and strums his way through American roots and Delta blues with the ease of an inner tube floating down a lazy river. Randy’s newest CD, Mr. Diddie Wah Diddie, is chock-full of country, blues, and ragtime numbers from the early 20th century, including songs by the likes of Robert Johnson, Blind Boy Fuller, Blind Blake, Muddy Waters, Bessie Smith, Mississippi John Hurt, and many more. Talented singer- songwriter and multi-instrumentalist David Tobocman and his band join Randy onstage to share some “Very Helpful Songs” to make a feel-good family music jam.

On August 18 and 19, two-time Grammy Award winner and “troubadour extraordinaire” Bill Harley concludes the summer series. Harley is a prolific author and recording artist, using song and story to paint a vibrant and hilarious picture of growing up, school, and family life. Bill’s work spans the generation gap with collections such as Monsters in the Bathroom, 50 Ways to Fool Your Mother, and Dad Threw the TV Out the Window, to name a few. Heartfelt and witty, Bill’s tales engage kids like no other and send adults on a trip down their own past.

Are these stories true? Harley says, “The more I tell them, the truer they get.”

Justin Roberts and the Not Ready for Naptime Players

Check out the hilarious video for “Obsessed by Trucks” from Jungle Gym, or listen to the summery tune “Pop Fly.”

From June 1–September 21, 2012, the Getty Center is open Tuesday, Wednesday, Thursday and Sunday from 10 a.m. to 5:30 p.m., and Friday and Saturday from 10 a.m. to 9 p.m. It is closed Monday and major holidays. Admission to the Getty Center is always free. Parking is $15 per car, but reduced to $10 after 5 p.m. on Fridays, Saturdays and for evening events throughout the week. No reservation is required for parking or general admission. Reservations are required for event seating and groups of 15 or more. Please call (310) 440-7300 (English or Spanish) for reservations and information. The TTY line for callers who are deaf or hearing impaired is (310) 440-7305. The Getty Center is at 1200 Getty Center Drive, Los Angeles, California.