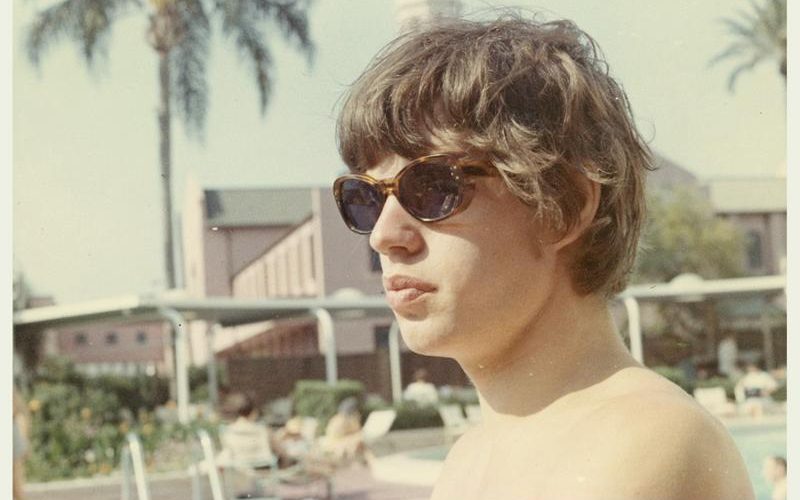 Found: Photographs of the Rolling Stones, will be a month long exhibition of twenty-six rare and candid photographs that document the legendary Rolling Stones on their first American tour in 1964. Curated by Lauren White and George Augusto the exhibit is presented by Dilettante in collaboration with Apart Projects.

This exhibition will mark the first time the photographs have been shown in the public realm. Only recently found in an unmarked box at a Central California estate sale, these historically invaluable prints act as a time capsule to the birth of rock and roll culture. The photographer remains unknown.

Set in the landscape of Southern California, in and around the Los Angeles area, the eager and compelling subjects are Mick Jagger, Brian Jones, Keith Richards, Charlie Watts, Bill Wyman and founding member/road manager, Ian Stewart.

On tour at a time when the world began to firmly embrace the music and style of the British Invasion, the band’s playful and carefree moments can only be viewed as ephemeral and fleeting. This striking collection of images captures the youthful and innocent narrative of five young men on the brink of a fame that has proven to be enduring and timeless. Caught in close frame, their teenage expressions of genuine boyish naiveté, hopefulness, mischief and a lust for what lies ahead are revealed: as the band plays poolside, Brian Jones dives and swims, Mick sunbathes in his shades while cans of beer and cigarettes are token companions.

This exclusive show features prints for sale at 24″ x 36″ edition of 8, alongside 7″ x 10″ edition of 25. The prints feature intimate portraits of each band member.

DILETTANTE is a creative theater and gallery located in Los Angeles, California that acts as an experimental space for live music, fine and avant-garde art, and a wide range of collectively curated cultural endeavors.

APART PROJECTS is an art project management firm rooted in the idea of creating “art for arts sake” and based in Los Angeles. Apart collaborates with a broad range of clients that seek to bring to fruition contemporary art endeavors in all mediums.

An opening reception will be held on Tuesday, October 2, 2012 from 7 PM to 10 PM at the Dilettante Gallery.

Open to the public Monday thru Friday from 11am – 7pm.