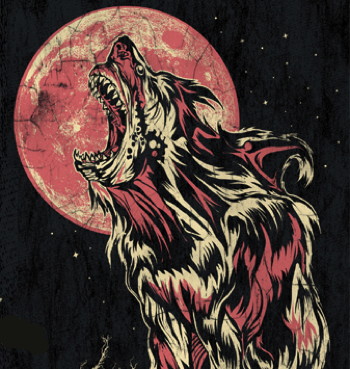 The Noise in the Basement – WWA Gallery art exhibit review

No strangers to the gallery world, each of the artists have exhibited in numerous nationwide solo and group shows.  They have boldly staked their own territory in the street, vinyl toy, graphic or comic scenes with their uniquely raw creative visions.

Demski’s work exploits childhood imagination, curiosity, and fear to conjure up the monsters and robots that dance across playful landscapes. Winner of the Paul Frank “Art Attack” competition, Demski’s work confronts various emotions such as happiness, sadness, and anger. However much of the narration is left to the interpretation of the viewer.

Goodsell is the creator of The World of Mr. Toast which began as a web comic in 2004. His artwork and comics chronicle the adventures of a delicious assortment of characters that include Mr. Toast, Joe the Egg, Lemonhead and Shaky Bacon. Over the years, World of Mr. Toast has evolved into an empire of plush toys and printed comics attracting fans of all ages.

Joka’s laborious process of hyper-pointillism results in works that are delicate and complex. Using toothpicks as his sole form of paint application, he skews and distorts, pushing familiar images into the surreal. JoKa typically works with dual imagery that compete for visual attention and much like the colors and technique he employs, Joka’s messages are subtle but deep and layered with meaning.

Lozeau utilizes his own technique of layering enamel on top of gouache and acrylics for his stark scenes with quirky characters. Day of the Dead iconography, tattoos, zombies and tiki imagery dominate his work and have garnered him a following not only in the hot rod and car culture community, but in the contemporary art world as well. Deeming no surface to be off limits, Lozeau experiments atop a variety of found items to bring his art to life.

Muniz is a veteran tattoo artist, fine artist, and animator based in Las Vegas, NV. Best recognized for his signature ‘Felipe bunny’ character, Muniz uses candy colors and broad graphic lines to command attention while juxtaposing cute with tragedy to force the viewer to look deeper.

Jeff Owens
Jeff Owens is a digital illustrator and graphic artist based in Gainesville, FL. Inspired by his environment, Owens often references popular culture in his work with humor and gusto. His colorful observational paintings of local wildlife are reminiscent of Charley Harper.

Rivera has carved himself quite a fan base in the custom toy market after meticulously molding, reshaping, and transforming Dunnys into defiant characters with jaded expressions. More recently, his rebel creatures run amok on a new platform,  Rivera’s intriguing paintings.

Sake’s legacy began at the tender age of 12 as one of the youngest graffiti artist in San Diego County. His technical achievements with the medium eventually gained him recognition in the San Diego art scene and two EMMY awards for his portrait work. As a fine artist, Sake draws inspirations from aged photos, antiquity, and flea markets for his eerie but playful portraits.