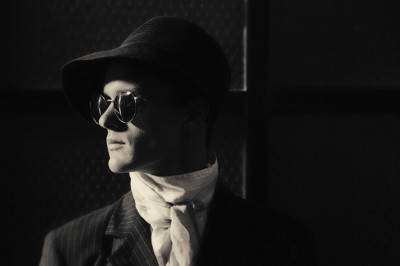 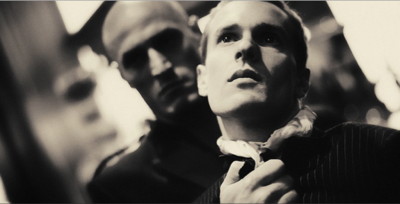 August Strindberg wrote his classic play Miss Julie in 1888. It was a controversial play focusing on the inequities between men and women, and between the socio-economic classes. It was also controversial because the writer’s style challenged the theatrical conventions of the time by stressing a contemporary realism that challenged Strindberg’s audiences.

Conceived, adapted and directed by Ken Roht, co-adapted by Erik Patterson, Ken Roht’s Miss Julie(n) is a music/theater adaptation that focuses on the inequity between gay and straight men, while factoring in the struggles between the haves and have-nots. Julien is a desperate and lonely gay young man, shunned by his father and his servants. Jean is a straight servant willing to do anything to improve his station. Jean’s fiancée Christine adamantly adheres to convention and to unforgiving religiosity, and the abstract chorus of singing and dancing servants creates a quite but relentless chaos that compounds the psychic confusion of the lead characters. So, except for the change of sex and sexuality of the title character, this adaptation is quite true to the initial writings and intentions of Strindberg.

Roht says “Years ago I saw the Mike Figgis movie production of Miss Julie, starring Saffron Burrows, and knew that I had to play the part of Miss Julie. I understood her pain and confusion somehow. So many years have past, I got too old to play the role, and several attempts to mount the play have been unsuccessful, mostly because I couldn’t find just the right guys to play the leads. I have the right guys now, both rather competitive athletes/performers, and I’m thrilled to pit them against one another.”

This production will take place in Clare Graham’s magical gallery space, the MorYork Gallery, and will run for twelve performances only, from  February 21—March 10, 2013.

Graham is a sculptor, and is a collector of important art and an abundance of whimsical oddities. This location creates the perfect surrealist environment for Ken Roht’s Miss Julie(n). Almost every inch of the fantastical gallery will be explored and exploited.

All shows, including Sunday, are at 8PM.

(The first two Sundays are Pay-What-You-Can at the door, CASH ONLY.)