“Behind THE COVE” – A documentary film showing in NY & LA

There are at least two sides to every story, right? In the wake of the furore unleashed by the critically acclaimed documentary The Cove, first time filmmaker Keiko Yagi presents an alternative perspective on the subject. Her documentary, Behind THE COVE, repudiates the 2009 Oscar-winning documentary, which negatively portrayed dolphin and whale hunting practices in a remote Japanese town.

In search of “The Truth.”

Yagi explores various topics in her film such as: Which animals are permissable to eat? And who gets to decide? Her hard-hitting film also questions whether or not it is misguided, potentially even racist, for Western environmental and animal activist concerns to publicly persecute and criticize the East on an issue that they have failed to investigate properly at home, where animal agriculture and fishing-related animal suffering is extensive and largely overlooked.

The Documentary – Behind THE COVE.

Late this month and in early December – only – YAGI Film Inc. is launching the U.S. premiere of Behind THE COVE, a documentary film rebuttal to the Oscar-winning film The Cove. You can experience this penetrating documentary at select cinemas in New York and Los Angeles, with week-long screenings happening in November (11/25/16 – 12/1/16) in New York and early December (12/2/16 – 12/8/16) in L.A.

Behind THE COVE, the 105-minute Japanese film by first-time director Keiko Yagi, includes interviews with people on both sides of the international whaling dispute, including the director and antagonist from 2009’s The Cove, the Academy Award-winning film which negatively portrays the practices of fishermen in the small, remote town of Taiji in Japan.

This is the first film to respond to anti-whaling The Cove from the Japanese perspective. While generally highly regarded, The Cove has also been lambasted by some critics for being one-sided propaganda, Japan-bashing, for lacking a basic understanding of related cultural issues, and for using deceptive filmmaking strategies. The depiction of Japanese people in the film has also been controversial.

It was a personal investigation, triggered by fond childhood memories of whale dishes, that led first-time Japanese documentary filmmaker Keiko Yagi to the town of Taiji, the center of the whaling debate and the stage of The Cove. With no budget, a limited experience in filmmaking, and no fluency in English, she armed herself with a video camera and, buoyed by her a strong desire to find out the truth of the matter on whaling, Yagi uncovered a much bigger story than she had initially imagined.

In Behind THE COVE, Yagi attempts to present a comprehensive picture of the dolphin and whale hunting issues in Japan, which includes interviews with people on both sides of the whaling dispute, its sinister political side, what The Cove did not offer, and a unique take on the topic. Throughout filming, Yagi got to know the anti-whaling activists, who set-up camp in Taiji every year during the dolphin-hunting season. In her film, Yagi also presents the ‘voices’ of the Japanese, who usually consider silence to be a virtue. To get a balanced and greater understanding of the story, she also interviewed experts in the whaling world from Japan and overseas, including representatives from the International Whaling Commission (IWC), scientists, and researchers. As Yagi delved into the topic, specific issues with The Cove became apparent.

“Before Western environmental and animal activist concerns persecuted the animal agriculture and fishing practices of the East in such a highly publicized and critical way, you’d think they’d first take a serious look at the situation at home prior to using Japan, a quiet country, as a scapegoat,” says Yagi. “In the U.S. alone, billions and billions of land and marine animals are subjected to deplorable conditions before they are brutally killed for food each year to satisfy the heavy meat-eating habits of Americans…. the relatively small fishing village of Taiji, in rural Japan, accounts for marine animal deaths in the thousands, not billions. To demonize such a relatively small industry abroad, when compared to the magnitude of what’s happening in – and is relatively ignored in – the U.S., seems a bit misguided and, perhaps, even racist.”

Yagi is not alone in these sentiments.

David Cox of The Guardian Film Blog called The Cove a “piece of evangelism,” and subsumed that from a neutral point of view “Westerners…. kill and eat cows. Easterners eat dolphins. What’s the difference?” Academic Ilan Kapoor, echoing the famous phrase by Gayatri Spivak, argues that “It’s a case of (mostly) ‘white men saving cute dolphins from yellow men.’”

Hirotaka Akamatsu, Japanese Minister of Agriculture and Fisheries, said “It is regrettable that this movie is made as a message that brutal Japanese are killing cute dolphins.” According to Michelle Orange, of Movieline, “As a piece of propaganda, The Cove is brilliant; as a story of ingenuity and triumph over what seems like senseless brutality, it is exceptionally well-told; but as a conscientious overview of a complex and deeply fraught, layered issue, it invokes the same phrase as even the most well-intentioned, impassioned activist docs: Buyer beware.”

Yagi further explains, “In Japan, some fishermen, particularly in remote rural areas, see dolphins and whales as just fish, consumed for centuries as part of local cultural traditions…. in China, dog meat from man’s best friend is acceptable to some as a food source…. in the bacon-loving U.S., highly intelligent and social pigs are widely considered suitable for cruel slaughterhouse practices and the dinner table. There are cultural differences as to which animals are deemed acceptable as food sources and which are not. One of the key questions our film poses is: Who gets to choose which animals are okay to eat?”

Yagi will be in attendance at a selection of screenings in both New York (Cinema Village) and Los Angeles (Laemmle Music Hall), during the film’s U.S. debut. For additional information, please visit the official site here.

Information, showtimes and tickets. (scroll down to see.)

NYC Q&A Sessions with the Director (after the screening):

LA Q&A Sessions with the Director (after the screening):

• The People of Taiji

• Louie Psihoyos, Director of The Cove

• Keiko Yagi, Director of Behind THE COVE

• Members of The Dolphin Project

Behind THE COVE was filmed in Japan and is presented in English and Japanese, with English subtitles. 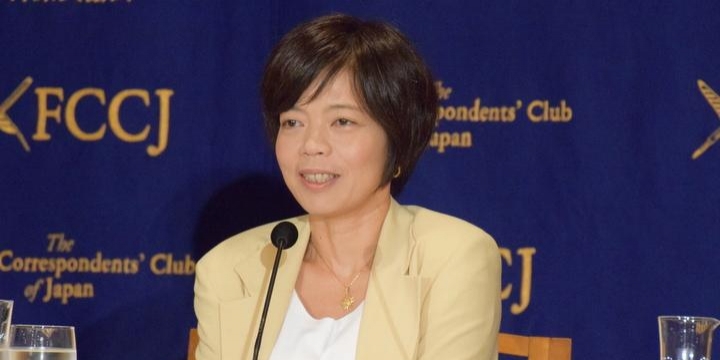 ABOUT Keiko Yagi, Behind THE COVE Director, Writer, Cinematographer, & Editor –

After working at Tokyo branches of Paramount Pictures, Keiko Yagi started her own company: YAGI Film Inc. With a strong curiosity and adventurous spirit, Yagi has traveled to many regions of the world, including the Amazon, the Galapagos, Cuba, Israel, South Africa, Kenya, Egypt, and India, which resulted in opportunities to see Japan from the outside. Focusing on whaling issues, considered to be taboo in Japan, Behind THE COVE is director Yagi’s first film. It was screened as an official selection at the 2015 Montreal World Film Festival, one of the most prestigious international film festivals, encouraging cultural diversity and understanding between nations. The film has received an enormous amount of international media attention for a small independent film, including coverage in The New York Times, The Washington Post, The Los Angeles Times, and The Japan Times.

YAGI Film Inc. was established when Behind THE COVE director Keiko Yagi attempted to present a comprehensive picture of the dolphin and whale hunting issues in Japan, which includes interviews of people on both sides of the whaling dispute.