Marking a brand new endeavor for 2010, this year sees the Consulates General of Japan, Israel and Mexico as joint co-sponsors of a series of cultural and multi-cultural activities. This trilateral project specifically features the colorful and historic Los Angeles district of Boyle Heights, where Jewish, Hispanic and Japanese communities lived together in a peaceful and amicable manner in the early to mid-20th century.

The aim of this ambitious joint project is not simply to cherish the fond memories of old days, but to further strengthen ties among the Jewish, Hispanic and Japanese communities for the future.

As a kick-off event, on February 18, 2010, the Japanese Consulate hosted a fascinating symposium on Boyle Heights. The Honorable Junichi Ihara, the Japanese Consul General in Los Angeles, was the esteemed host of the event and is responsible for launching the idea for the initiative. Said Mr. Ihara, “I was fascinated by its history as the first multi-racial coalition to make a difference in Los Angeles.”

Forthcoming cultural and multi-cultural activities will include film screenings and outdoor programs.

According to George J. Sanchez, a USC professor of American studies and ethnicity and history, the Boyle Heights neighborhood began as a ranching community and grew into an urban pocket during the late 1800s, when bridges were constructed over the Los Angeles River to allow railway cars to carry workers from city jobs to Boyle Heights residences. The area was named after Andrew Boyle, an Irish immigrant.

During the 1940s, the district of Boyle Heights was considered one of the largest and earliest examples of multicultural harmony in Los Angeles. Because racist housing covenants kept certain cultures from creating communities in other areas, the three ethnic groups thrived and co-existed in Boyle Heights during the first half of the 20th century. Since the Second World War, however, the cultural diversity has dissipated. Today Boyle Heights residents are predominantly Latino, being mostly of Mexican heritage.

Guest speakers at the symposium included Mrs. Harriet Rochlin, who was editor of the Roosevelt High School newspaper in 1941 and recalled her dismay and vivid memories of the internment of many of her Japanese school friends in the temporary holdings at the Santa Anita racetracks. Writer Ms. Josefina Lopez spoke of arriving in Boyle Heights from Mexico as a girl in 1975, by which time the neighborhood has become predominantly Latino. Lopez said she was lured back to the neighborhood in 2000. As founder and artistic director for the Casa 0101 Theater, Lopez says she intends to create a play to celebrate the neighborhood”™s ethnic origins.

Indeed, the symposium was successful in exploring the joint history of the three cultures. Following the fascinating symposium and discussion, the Japanese Food Culture Association then hosted a splendid reception featuring a wide assortment of exotic and imported Japanese foods, unique cuisine and sake at the Japanese American National Museum in Little Tokyo.

Guests enjoyed delicious sakes of all varieties as well as various Japanese foods, including an unusual dish – Japanese fish cake stew – called “oden”. A highlight of the evening was a stunning demonstration where a Sushi Master chef, along with his capable sous-chef, dispatched an imported yellowtail with lightning-fast skills, reducing the large, whole fish to bite-sized portions of delectable sushi within a matter of minutes. It was a spectacular demonstration of dexterity and ancient expertise.

The symposium-reception was deemed a successful and enjoyable evening. Forthcoming cultural and multi-cultural activities will include film screenings and outdoor programs.

For more information, you can visit the various official websites for the Consulates General of Japan, Israel and Mexico.

Check the official site for the the Japanese Food Culture Association for future cultural and food events later in 2010. 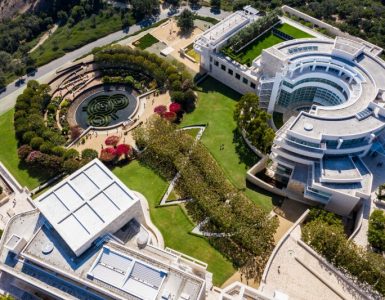 The Getty Center in Los Angeles will reopen to a limited number of visitors with free reservations on Tuesday, May 25, 2021, with specific one-way routes and other measures in place to ensure the safety of visitors and...