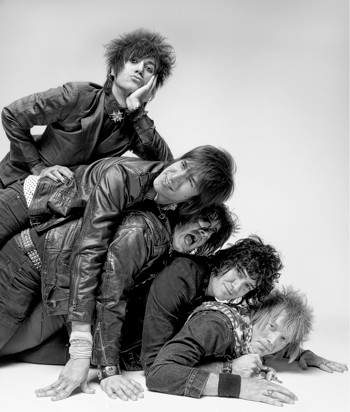 The fun and festivities are happening November 12, 2011 from 12pm – 8pm in the NoHo Arts District.

Experience NoHo is part arts-walk and part festival. A large main stage area for music will be located at the north end of the festival, while a dance stage will anchor the festival on Lankershim Blvd. at the south end.  Art will be everywhere – from public art stations inviting patrons to create their own art, to gallery installations. There will be incredible discounts and offerings from local restaurants and retailers. To top it off, 15 of NoHoʼs live theatres will offer performances, classes and demonstrations for FREE during festival hours. 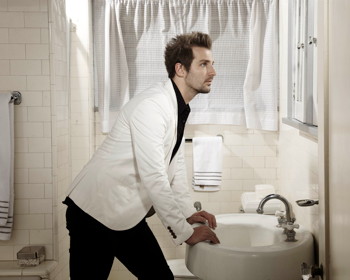 About a few of the Bands:

With the heat of summer in full swing, the next stage of Secondhand Serenade’s saga is gearing up for release.  Those familiar with the words of John Vesely, the man behind Secondhand Serenade, have lived through his picturesque stories of life’s ups and downs – from the act’s acoustic debut, Awake, to the fuller, and more emotionally complex sounds of 2008’s sophomore A Twist In My Story.  Fans have gravitated to John’s heart-on-his sleeve approach and are consistently moved by his tales of life, love and loss that foster universal understanding.  Along this journey, A Twist In My Story spawned the platinum-certified top 10 CHR Top 40 hit “Fall For You.” The song also reached No. 21 on the prestigious Billboard Hot 100.  With the upcoming August 3rd release of Hear Me Now, Secondhand Serenade’s third studio release for Glassnote Records, he gives a more in-depth look inside a man coming to terms with his shortcomings and moving forward with that understanding.

“I pushed myself harder than I ever have and made a record I am really proud of.  The rest belongs to faith and the fans,” Vesely offers.  Those fans won’t be disappointed with this 11 track opus.  Packed with tales of enlightenment, he carries us through the realization that he has made mistakes along life’s journey and though not perfect, he refuses to beat himself up over those missteps. Vesely instead chooses to take pleasure in the joys, hopes and dreams that he has fulfilled and move forward while embracing all the riches life has to offer.

Stepping up his game, John’s growth as a writer and musician shines throughout his third release.  Growth spurts are evident on such tracks as the haunting first single “Something More,” which he co-produced with drummer Tom Breyfogle and is mixed by Mark Endert (Train, Maroon 5).  A fuller, richer sound has emerged via bits of electronic pop meshed with the rock sounds and signature powerful and emotive vocals that are this prolific storyteller’s distinctive mark.  Working with producer Aaron Johnson (The Fray) on all but the three tracks he self-produced, Vesely has crafted a much more mature record.

“Reflecting and changing, re-examining everything” as he puts it, are common themes that resonate through on such tracks as “Distance,” “Stay Away” and “You & I” or in the heartfelt “Nightmares” and “World Turns,” about confronting one’s demons and asking for forgiveness, while finding and embracing happiness on “So Long.”

Over the past five years, Secondhand Serenade has grown and evolved from the act’s grassroots approach that earned it the coveted No. 1 spot on MySpace’s unsigned artist ranking for months on end.  John admits that all artists “hope for people to understand [their art] and appreciate it, and continually be affected by it. I want this to be my career for the rest of my life. I want to be a career artist.” As with all great singer/songwriters, he leaves you yearning for more and waiting for his next step. Secondhand Serenade’s Hear Me Now is calling to be heard. 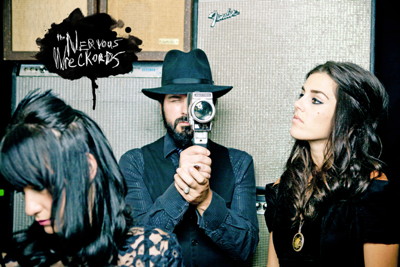 The Nervous Wrecklords are a rock band that infuse dance-able beats with their signature 70’s glam guitar riffs to create infectiously catchy songs. Born In June 2009, The Nervous Wrecklords NAILBIGHTER EP was noticed by the KILLERS, who invited the band to open up their sold out Day & Age tour in the US. Now with a live band intact that includes: Brian Karscig (guitar/vocals), Cindy Cate (bass), Lindsay Matheson (guitar) and Daniel Schraer (keyboards), the band have started the year by opening for Cee Lo Green, have been starting to tour up the West Coast of the US, and have made appearances at CMJ Music Festival in NYC, and showcases at SXSW, and are currently out doing shows supporting Brandon Flowers.

The Nervous Wrecklords have self released their first full length LP VALUMINIUM softly on their website and iTunes, Aug. 31, 2010. Help from word of mouth has led to the band selling out of their first 2 physical pressings of the album, are they are now preparing to hit the road once again, continuing to create awareness of the band’s refreshing new sound. With buzzed about tracks “Doin it to Do it”, “8Track (I’m Comin Back), “Similar but not the Same” and “Coming to an End” the band is creating viral awareness in all the DIY forums such as YouTube, Reverbnation, Last FM, and have sold out their first headlining shows up the west coast of the USA.

A five-man high-energy machine, Prima Donna have only been on the scene for five years, yet in that time have knocked out over 450 shows, nearly a third of which were overseas. In 2009, the band supported Green Day for two months of sold-out arena concerts in the U.K. and Europe. Green Day invited Prima Donna in 2010 to join them again for two weeks and five countries in Asia. Their live show is a whirlwind of color, energy, bravado, volume and an avalanche of catchy, sing-along choruses. Inspired by early punk groups such as X-Ray Spex, the Ramones, and the Sex Pistols as well as ’70s glitter such as Mott the Hoople and David Bowie, the group’s sharp ‘n’ concise songwriting sidesteps any notions of the group being “retro.” How retro can a group be if their average age is 24?

“Feral Children,” backed by a rousing re-think of Blondie’s “Rip Her to Shreds,” is Prima Donna’s latest single. Released on the band’s own Death Records, the 7-inch vinyl release was a gift to the fans who have been waiting for a new Prima Donna album. That wait is coming to an end, as their latest long-player, as yet untitled, will be released on Valentine’s Day on Acetate Records, America’s preeminent independent rock ‘n’ roll label, who also had the good sense to release the group’s previous long-player, After Hours. The new album was recorded in Oakland, CA, at Jingletown Recording, Green Day’s studio, with GD’s head-engineer Chris Dugan producing.

Prima Donna has shared the stage with such notable acts as Turbonegro, D Generation, Girl in a Coma, the Sonics, Bellrays, Steel Panther, Backyard Babies, Glen Matlock, the Fuzztones, the Muffs, the Briefs, and literally countless other influential bands. 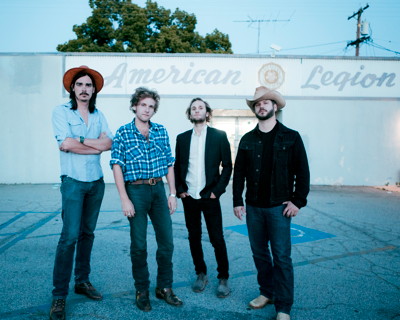 In California, Maxim Ludwig lives surrounded by the ghosts of the ‘Gone West’ migration. Though barely broken into his 20’s, Ludwig embraces folk music of eras past, and his songs seem drunk-honest in their depiction of an uncertain life in a temporary town. He was born in New York, but spent time in Germany frequently where he first started playing blues harmonica live in beer tents at age 9. In his teenage years, Ludwig began writing and playing in bands in Los Angeles until he spent a year in college in New York, working on his songwriting. After leaving the Hudson Valley, Ludwig settled in Silver Lake where he finished his self-produced debut album.

When asked about the name of the band, Ludwig confesses, “None of them are from Santa Fe and there aren’t seven of them, which is why they’re called the Santa Fe Seven.” After playing with a cast of revolving characters, Ludwig set out to find what he refers to as “a balance between the Stray Gators and Booker T. & the MG’s”. He then teamed up with Los Angeles country music veteran and bassist Ben Reddell from Texas, a staple of the mid-west music scene, pedal steel player and guitarist Chris Vos from Wisconsin, and fresh from the Miami college rock world, drummer and percussionist Jorge Balbi from Peru. Together they make a hard, reckless, dust-laden sound.

His deeply personal and wild live shows that mix his influence of early rock and roll, classic soul, and songwriting craftsmanship have earned him comparisons to Bob Dylan, The Band, Bruce Springsteen, Elvis Presley and caused the Los Angeles Times to label him as a “brash maverick” who “views rules as something to be broken, not followed”. An intense showman, Ludwig’s narratives follow the tradition of Leonard Cohen, Lou Reed, and Kris Kristofferson.

Whether Ludwig is crooning over lap steel, piano or violin, the young musician’s lyrics channel the feelings of rambling desperation that inspired such greats as Hank Williams and Tom Waits. Hard living and rock n’ roll tradition aren’t the only places he finds his inspiration. Ludwig is a voracious reader and disciplined scholar who admires the works of Robert Creeley, Walt Whitman, and John Cassavetes. Revealing, “I became heavily obsessed with words,” Ludwig’s songs unveil themselves like good literature, and string the listener along with equal parts suspense and intrigue.

Maxim Ludwig & The Santa Fe Seven’s animal-like energy at the The Hotel Cafe, The Mint, The Bootleg Theater, The Troubadour, Spaceland, The Roxy, The El Rey, The Viper Room, The Key Club, and The Whisky in Los Angeles as well as Ludwig’s passionate performances at the StageCoach Festival and the Austin City Limits Festival have earned them a showcase at this year’s SXSW and a reputation as the hardest working band around.

For a FULL line up, go here.