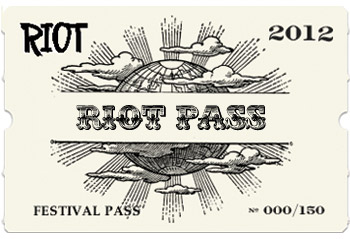 A comedy festival born of grassroots efforts in the comedy community, the RIOT LA festival is an alternative, weekend-long comedy festival that will be taking place in Downtown Los Angeles, Sept 21—23.

It’s a crazy showcase of the variety of talent within the alternative comedy scene in LA and beyond. RIOT LA will feature over 30 shows in just two and a half days, featuring the top stand-up comedians and podcasts, panels, shows and more. It’s a huge, hilarious weekend-long comedy block party, all happening on one block of downtown Los Angeles.

As the Executive Producer, comedian Abbey Londer, along with some fellow lovers of all that is comedy, decided that comedy is not just an art but a celebration bringing people together in the community. After a casual conversation, they decided to create the RIOT festival to recreate the madness of any given night in the Los Angeles comedy scene during a weekend full of events.

Londer and staff have used Kickstarter to get the ball rolling, raising the funds necessary (about $20,000) for venue deposits, vendors, rentals, equipment, staff, food and drink concessions and security.

RIOT is a group of people who want to bring something they truly love and believe in to mass audiences in an exciting, different way.

KCRW (89.9FM and KCRW.com) is excited to announce that Stephen Merchant will join their comedy showcase, Storytime for Grownups, which takes place as part of RIOT: LA’s Alternative Comedy Festival. Merchant, the co-writer and co-director of the British sitcom The Office, is also known as the co-host of The Ricky Gervais Show and was formerly the co-writer, co-director and a co-star of Extras. Merchant will share his own 7-minute story at the special benefit event, hosted by actor Colin Hanks.

Unlike traditional stand-up shows, Storytime for Grownups is a unique evening of comedic monologues, in a format similar to the popular storytelling series The Moth. An eclectic mix of guests take the stage including WTF  podcast host, Marc Maron Indoor Kids podcast co-host Kumail Nanjiani, Parks & Recreation actress Retta, Maria Bamford star of Comedians of Comedy and many more. Each will share a personal, funny and often touching tale with the audience.

Tickets to Storytime for Grownups, ***sold separately from RIOT LA festival passes*** also include access to THE LOT, an outdoor food and vendor market.

KCRW Presents THE LOT which will host LA’s favorite food trucks and provide free beer to entrants. Dozens of local vendors will also set-up in THE LOT selling hand crafted and vintage jewelry, clothing, accessories, art, knick knacks and numerous other indescribables, all carefully curated by the Tin Box Of Curious Artifacts. THE LOT will also feature giveaways, activities and surprises from RIOT LA sponsors.

RIOT: LA’s Alternative Comedy Festival, is a celebration of the underground comedy community and all that makes it unique. The first of its kind in Los Angeles, RIOT LA was born out of the need to share LA’s vibrant comedy scene with the world.

For more information on the event, including a full list of presenters and to purchase tickets, please go here.

Proceeds from Storytime for Grownups ticket sales will benefit KCRW.

For more information on RIOT: LA including schedules, please visit their official site. 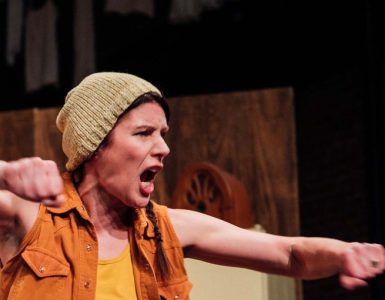 Co-authored by Italian playwrights Dario Fo and Franca Rame in 1974 (current translation by Cam Deaver) Can’t Pay? Don’t Pay! is a farcical comedy about consumer backlash against high prices. When a mob...