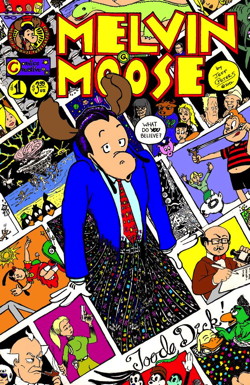 Hi and welcome back to ArtsBeatLA.

This week I headed down to Inglewood, California – the world’s epicenter of creative arts, believe it or not – to chat with Jeffrey Edward Peters, artist extraordinaire. Jeff is an actor, a writer, a director and more significantly a comic book creator. Jeff has invited us to explore his studio and show us how he works.

With Toodeopolis and the characters that inhabit it, Jeff Peters has invented an epic, world-changing mythology. 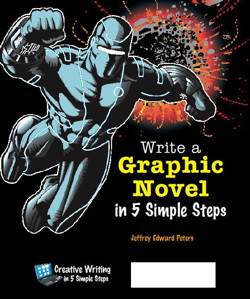 As a performer, Jeff Peters is a regular on CBS’s The Late Show with David Letterman. He has appeared Off-Broadway in the hit comedies Beau Jest and The Cocoanuts and is featured in the film American Splendor (2003). Jeff has also performed in over 50 feature films, 100 stage productions and 250 corporate events.

Jeff is also the Founder and CEO of Comics Creative, an all-media event and entertainment production company whose products include: The Great Show with David Ledderman (an industrial entertainment extravaganza), Comicology.TV (news, reviews and interviews about pop culture), and Melvin G. Moose, Toode Dick (a graphic novel). He is also the author of Write a Graphic Novel in 5 Simple Steps.

Watch our video interview with Jeff at his Inglewood studio.

Read more from Jeff in his blog.