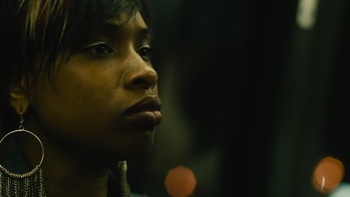 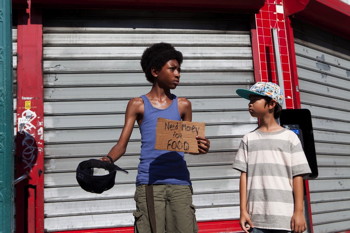 The title of director George Tillman Jr.’s latest effort, The Inevitable Defeat of Mister and Pete, is not to be taken literally, though you might think so, since it refers to the struggle of two Brooklyn youngsters, Mister (Skylan Brooks) and Pete (Ethan Dizon), to survive on their own after their drug addicted moms are arrested or disappear. Written by Michael Starrbury, who grew up in the projects in Milwaukee, it plays from the vantage point of the permanent poor—that throwaway class in American society that, regardless of political shifts, is the last to gain and the first to lose.  A film with backbone, it features many fine performances, underscored by tight camera work from a director who understands nuance and complexity, and the side-by-side pairing of intense love and anger within a family. That said, the plot is riddled with loose ends, forced events, and a contrived resolution that prevent it from being an outstanding work.

Brooks delivers a standout performance as Mister, a teenage loner who lives with his mom Gloria (Jennifer Hudson), a sometime hooker perpetually in the throes of profound addiction.  Mother and son occupy a small, spare apartment where the cupboard is usually bare. The world Mister inhabits is peopled with obtuse adults: his mom, the 8th grade teacher (Joseph Adams) who refuses to promote him to 9th grade and stonewalls his pleas, and the Indian shopkeeper (Ken Maharaj) who presumes he’s a hood and treats him like one. Buffeted on all sides, Mister nurtures dreams of becoming an actor, which seem to him more tangible after he spots an ad for an upcoming audition for youth in downtown Manhattan. The other dream Mister has involves Alice (Jordin Sparks), a grown woman and former neighbor who’s moved out of the projects but whom he still runs into and on whom he has a terrible crush. 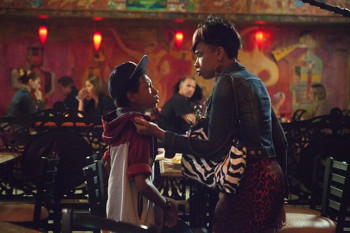 Younger and with fewer defenses, Pete appears in Mister’s life when his mother—she and Gloria both work for the same serpentine drug dealer (Anthony Mackie)—drops him off at Gloria’s, never to return. Days later Gloria herself is arrested, and the boys are left fending for themselves, with Mister coming to feel that life with a bad parent is better than no parent at all. Gradually his intense resentment of Pete cools and a bond forms, with Mister shouldering grudging responsibility for this more vulnerable kid who looks to him for guidance and safety. For both boys the biggest bogeyman is the state. Pennilessness, hunger, predatory bullies and hostile shop owners are not nearly as scary as the specter of incarceration in a juvenile social services facility, and they brave every other jeopardy to elude it.

If there’s a more delicate, essential and difficult-to-finesse story line in the film, it’s between mother and son. Directed by Tillman, Hudson is spot-on as a dissolute addict trapped in a personal no-exit underworld, and her bond of blood with her child emerges clear and strong.  Mister’s relationship with Alice is also sensitively played, but its ups and downs, plus the incomplete way in which the character of Alice is introduced, make her seem more like a building block in the plot than an organic part of the story. The script has a lot of these building blocks—obstacles thrown Mister’s way to toughen his road and make his straits seem more grim—but they don’t always play out convincingly. You also have to wonder why Tillman and Starrbury opted for such a faux Hollywood ending, instead of leaving us to trust that Pete and Mister’s courage would see them through.

The Inevitable Defeat of Mister and Pete