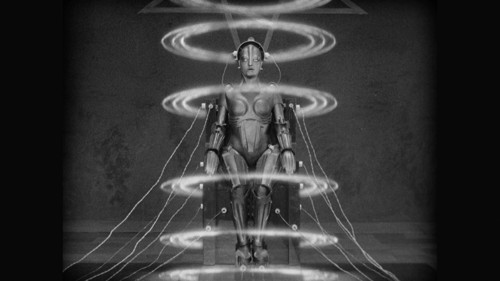 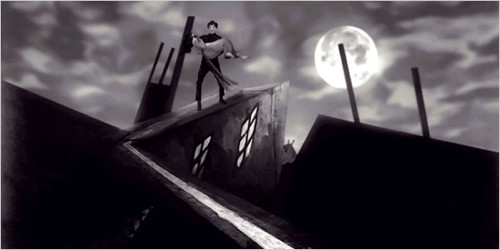 Three Los Angeles art institutions are joining forces to present a series of major exhibitions of German and American Cinema later this year.

In Fall 2014, the Los Angeles County Museum of Art (LACMA) and the Skirball Cultural Center will concurrently present three independently curated exhibitions — all in collaboration with the Academy of Motion Picture Arts and Sciences — that highlight the rise of German Expressionist cinema and the subsequent development of “Golden Age of Hollywood” genres such as film noir by émigré artists fleeing Nazi Europe.

Together the three complementary exhibitions explore different facets of the related genres and offer a fuller sense of the art, culture, and legacy of these periods in film history.

Haunted Screens: German Cinema in the 1920s is scheduled to run at LACMA for a seven-month run, from September 21 through April 26, 2015. Devoted to the German Expressionist cinema of directors such as Fritz Lang, F.W. Murnau and Robert Wiene, the Weimar-era-themed show comes from the Cinématheque Française in Paris, where it ran in 2006.

The exhibition, part of LACMA’s Art+Film initiative, explores and defines the parameters and aesthetic hallmarks of German Expressionist cinema, focusing on artistically ambitious films produced during the Weimar period (1919–1933).

The exhibition showcases LACMA’s premier holdings of German Expressionist prints and the museum’s long history of landmark exhibitions relating to German art of the modern period.

It also reveals the range of talented artists—not only directors such as Fritz Lang, F.W. Murnau, and G.W. Pabst, but also writers, architects, lighting and costume designers, and so on—who collaborated to produce these masterworks. Curated by Britt Salvesen, Prints, Drawings, and Photography.

The new exhibition will feature nearly 150 drawings, as well as set stills, manuscripts and posters, the majority gathered by Lotte Eisner, the late film historian. It will also include objects from the collections of LACMA’s Robert Gore Rifkind Center for German Expressionist Studies and from the Academy of Motion Picture Arts and Sciences’ Margaret Herrick Library.

Among the approximately twenty-five movies to be spotlighted in the show will be M and Metropolis, both directed by Lang; and The Cabinet of Dr. Caligari, directed by Wiene.

The exhibition will run in parallel with two shows at the Skirball Cultural Center that share some similar themes.

Light & Noir: Exiles and Emigres in Hollywood, 1933–1950 is scheduled to run at the Skirball from Oct. 23 to March 1. The show will focus on directors, actors, writers and composers who fled Nazi rule in Europe and found work in the American movie industry.

A separate exhibition titled The Noir Effect will run for the same dates at the Skirball and will explore the noir genre in film and other media.

The German Expressionist exhibition will feature clips from some of the movies that will be seen in the galleries. In addition, there will be a screening series to complement the show. Screening dates and times TBA.

For more information, please visit the official sites of Los Angeles County Museum of Art (LACMA), the Skirball Cultural Center and the Academy of Motion Picture Arts and Sciences.