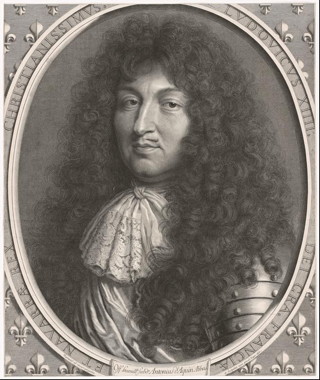 “A Kingdom of Images: French Prints in the Age of Louis XIV, 1660-1715” at the Getty Museum – Los Angeles art exhibition review 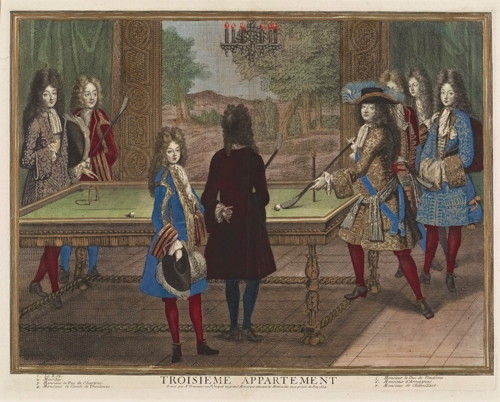 Louis XIV, known as Louis the Great (Louis le Grand) or the Sun King (le Roi-Soleil), was a monarch of the House of Bourbon who ruled as King of France from 1643 until his death on 1 September 1715. He was the longest reigning king in French history, holding his seat on the throne for 72 years and 110 days — the longest of any monarch of a major country in European history.

On view now until September 6, 2015 at the Getty Center is A Kingdom of Images: French Prints in the Age of Louis XIV, 1660-1715, a magnificent assemblage of prints marking the first real overview of the period. Commemorating the 300th anniversary of Louis XIV’s death, A Kingdom of Images features nearly 100 works, approximately 70 from the Getty Research Institute and 25 seldom-seen prints on loan from the Bibliothèque nationale de France in Paris.

It’s a glimpse of the high-quality and grand scale collection that Louis XIV founded in the 1660s. He knew the impact of prints and used them to consolidate his position of power, demonstrating to the world everything that French culture had achieved in terms of luxury, fashion, style, architecture, fine arts and so on.

It was under his lengthy rule that Paris became the most important print producer in Europe, a position it maintained until the end of the 19th century. This extraordinary development was fueled by official policies that aimed to elevate the entire spectrum of the fine and decorative arts. Prints were at once a means of communication, a propaganda tool, and an art form in ever-increasing demand. Printmakers and print publishers produced hundreds of thousands of works on paper in a century that was as hungry for imagery as ours is today.

Propaganda was an essential characteristic of print production. But propaganda refers to more than images of the king’s likeness, victories, virtues, and royal festivals, which were most effectively disseminated through etchings and engravings. It also refers to a broader strategy promoted by the king himself: France would be a model for the rest of Europe. With the help of prints, allies and enemies alike would bear witness to the unmatched refinement of French technical skill, aesthetics, and taste. On the tercentenary of the death of Louis XIV, this exhibition demonstrates the significance of an art that attained unparalleled sophistication and influence.

From grand royal portraits to satiric views of everyday life, and from small-scale fashion prints decorated with actual fabrics to monumental panoramas of Versailles and the Louvre, this exhibition explores the rich variety of prints that came to define French supremacy in the era of Louis XIV (1638–1715). During the Sun King’s long reign, printmakers and publishers effectively deployed prints to promote French culture, art, and style.

The only things missing from this grand exhibition are some actual printing plates, which the Getty does hold in its archives. Viewing the printing plates alongside the elaborate prints would have rounded out the experience. Nevertheless, this exhibition is worth seeing.

This exhibition was organized by the Getty Research Institute in special collaboration with the Bibliothèque nationale de France.

Learn more about the exhibition here.

Lecture: Fit for a King: Louis XIV and the Art of Fashion

Louis XIV was deeply invested in establishing the technical and aesthetic superiority of France’s clothing and textile industries. Through prints, fashion plates, and his own oft-reproduced image, he set the standard of elegant dress and deportment throughout Europe. Art historian Kimberly Chrisman-Campbell examines the Sun King’s lasting contributions to French fashion as well as his own exquisite (and extravagant) taste.

Kimberly Chrisman-Campbell is an independent art historian specializing in fashion and textiles. She has worked as a curator, consultant, and educator for museums and universities around the world, and is the author of Fashion Victims: Dress at the Court of Louis XVI and Marie-Antoinette (Yale University Press, 2015).

Reservations can be made online here.

Other Louis XIV Exhibitions at the Getty:

A Kingdom of Images is one four exhibitions across the Getty that mark the 300th anniversary of the death of Louis XIV.

Coinciding with A Kingdom of Images, the exhibition Louis XIV at the Getty at the J. Paul Getty Museum June 9, 2015 to July 31, 2016 is a special installation in the Museum’s South Pavilion that will focus attention on a variety of extraordinary pieces in the Getty’s collection made during Louis’ lifetime when France became the leading producer of the luxury arts in Europe.

Louis Style: French Frames, 1610-1792 on view at the Getty Museum September 15, 2015 – January 3, 2016 will draw on the Museum’s large collection of French frames, Louis Style presents a survey of the exquisite carved and gilded frames produced during the reigns of four French kings.

Woven Gold: Tapestries of Louis XIV, exclusively on view at the Getty Museum December 15, 2015 through May 1, 2016, will be the first major museum exhibition of tapestries in the Western United States in four decades. The exhibition will feature 15 larger- than-life tapestries ranging in date from about 1540 to 1715 and created in weaving workshops across northern Europe. In an exclusive loan from the French nation, most of the tapestries are from the collection of the Mobilier National, which preserves the former royal collection.

Starting May 30, curators and other experts will be blogging regularly about the exhibition and related themes on The Getty Iris under the series title Louis XIV at the Getty. Audiences can join the conversation about the Sun King and his artistic legacy on @thegetty Twitter with the weekly series #SunKingSunday.

The Getty Center is open Tuesday through Friday and Sunday from 10 a.m. to 5:30 p.m., and Saturday from 10 a.m. to 9 p.m. It is closed Monday and most major holidays. Admission to the Getty Center is always free. Parking is $15 per car, but reduced to $10 after 5 p.m. on Saturdays and for evening events throughout the week. No reservation is required for parking or general admission. Reservations are required for event seating and groups of 15 or more. Please call (310) 440-7300 (English or Spanish) for reservations and information. The TTY line for callers who are deaf or hearing impaired is (310) 440-7305. T

Additional information is available at their official site.

Sign up for e-Getty here to receive free monthly highlights of events at the Getty Center and the Getty Villa via e-mail, or visit their site for a complete calendar of public programs.