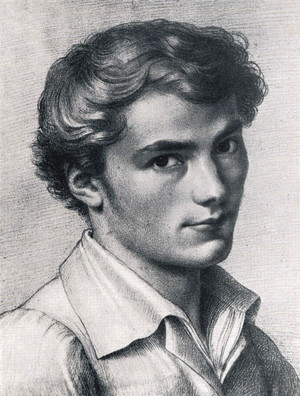 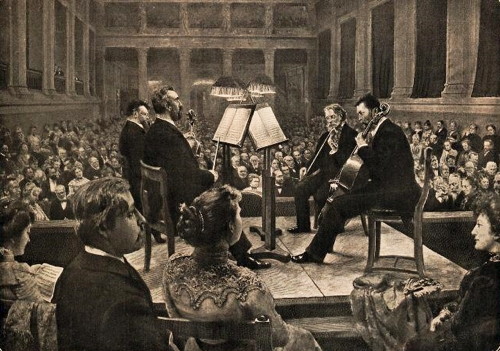 “Some firm instinct, true and unerring, told SCHUBERT that he was capable, as no man before him, of fixing in music the cry, the emotion of the human heart.”

According to Francois Chouchan, Artistic Director of Le Salon de Musiques, their new season promises to offer the same high standard of classical music in an intimate setting.

“Franz Schubert (1797-1828) remains one of the most genius Romantic Composers. Regrettably, he died in obscurity and loneliness…

For years, the Austrian Master tried to write Operas. After several unsuccessful attempts, Schubert was commissioned by his close friend Painter Joseph Kupelweiser to compose the score for a new play, Rosamunde, Princess of Cyprus.

The drama in four acts was written by Helmina von Chezy, a young poet from Berlin and a journalist. Schubert composed the score in less than three weeks. The premiere took place on December 20, 1823, at the Theatre an der Wein. Despite the beautiful themes combining orchestra and diverse groups of singers, the piece received terrible reviews and closed after just a few performances. Today, most of the eleven sections of the score remain popular pieces of Schubert’s repertoire, especially the Overture originally composed for his Oera Alfonso und Estrella which was never produced, and the Entr’acte n.3, which was used later as components of other Masterpieces.

Despite his illness diagnosed in 1822, accompanied by severe cyclic depressions, for which he was hospitalized several times, 1823 and 1824 were two very prolific artistic years for Franz Schubert.

Through this dark period of suffering, the composer turned to Chamber Music: he finalized the A-minor String Quartet, wrote the Quartet in D minor Death and the Maiden, the Octet in F D 803, the Grand Duo, the Divertissement a la Hongroise, the Sonata for Arpeggione, and the song cycle Die Schoene Muellerin. As one of his favorite Chamber Music formations, Schubert wrote fifteen String Quartets during his short life.

As he did frequently in the past, the Master borrowed some parts of his beautiful themes written for the Rosamunde stage play to structure and finalize his string quartet in

A minor n. 13, especially for the second movement. One can also find some allusion of his song Gretchen am Spinnrade at the beginning of the first movement.

Titled the Rosamunde String Quartet, this piece was the only quartet published and performed during the composer’s lifetime.

Dedicated to his friend violinist Ignaz Schuppanzigh, who was also Beethoven’s teacher, the first public performance was given in March 1824, by the famous Schuppanzigh String Quartet. The audience loved it immediately. Written just four years before his death, the msterpiece remains a treasure of lyrical beauty, full of melancholy and tenderness, taking the listener on an emotional and unforgettable journey.”

In an intimate setting, without any stage or separation between the audience and the artists, feel the essence of Chamber Music, and immerse yourself in the “Heart of the Art” to become one with the Music.

A French Champagne reception with a Gourmet Buffet catered by Patina follows the performance, and the Q & A between the Artists and the audience.

The Program will be performed by world renowned artists:

Sponsored by the German Consulate of Los Angeles

To reserve your seating, go here.

*Including French Champagne, and Gourmet Buffet catered by Patina.