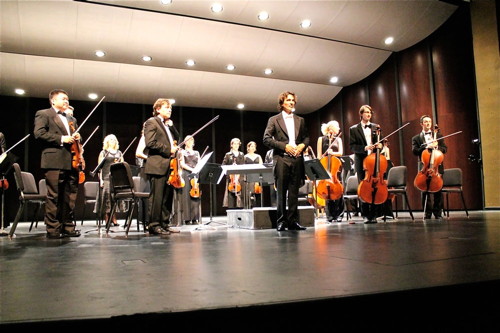 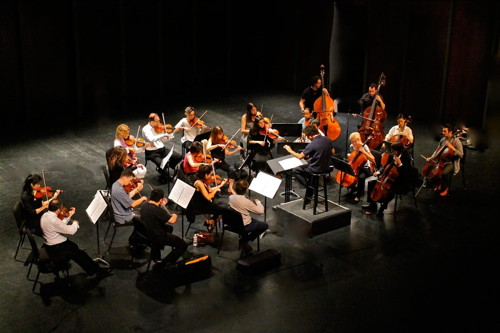 The talented ensemble of musicians will be showcasing popular Italian, French and Russian musical masterpieces by Jules Massenet, Giuseppe Verdi, Antonio Vivaldi and Peter Ilyitch Tchaikovsky, among others.

The evening, made complete with an opening reception, kicks off the 15th season of TRK’s public performing arts series at the innovative performance space at Le Lycée Français de Los Angeles.

Reflecting its mission to serve as a catalyst in reaffirming, advocating and supporting music education in schools and in the community, the Los Angeles Virtuosi Orchestra, in partnership with Le Lycée Français de Los Angeles, will allocate all net profit from its subscription concerts at Théâtre Raymond Kabbaz towards the advancement and support of music education programs in educational institutions, including Le Lycée Français de Los Angeles Music Department.

The September 26th, 2015 performance will also mark the beginning of the Los Angeles Virtuosi Orchestra’s 2015 – 2016 subscription concert series of three performances at the Théâtre Raymond Kabbaz as its official orchestra-in-residence for the upcoming season.

A subscription package, including all three concerts from the Los Angeles Virtuosi Orchestra’s 2015 – 2016 concert series at the Théâtre Raymond Kabbaz, is available at $80.00 for adults and $45.00 for students.

The all-inclusive option includes access to all three Los Angeles Virtuosi Orchestra 2015 – 2016 performances at the Théâtre on September 26th, 2015 (with pre-show reception), February 11th and May 12th, 2016.

For more information and to purchase tickets for this and other events, please visit their official site here.

Individual tickets are $40 for Adults and $25 for students and include the opening reception.

For more information and to purchase tickets for this and other events, please visit their official site here.