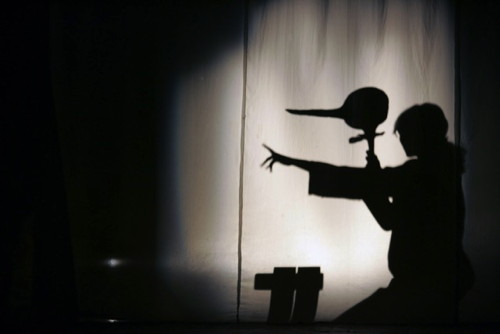 The centuries-old tradition of the traveling show is brought to life in a charming production at San Antonio’s AtticRep.

Taking a break from its regular fare of well-staged narrative dramas for adult audiences, San Antonio’s AtticRep is presenting an Italian puppet production of Pinocchio this month. As performed by the legendary troupe Teatro Del Drago, this show has elements that will charm theatergoers of all ages.

Teatro Del Drago’s history is as intriguing as its production of Pinocchio itself. Founded in Ravenna, Italy, by Ariodante Monticelli in 1822, the troupe’s mantle is now being carried forward by brothers Mauro and Andrea, who represent the fifth generation in nearly 200 years of unbroken family tradition.

The troupe’s interpretation of the story of Pinocchio is reminiscent of the traveling shows that toured tiny Italian villages in the 19th century, and it’s absolutely charming. The piece is steeped in theatrical history, referencing classic characters from Commedia dell’arte and serving as a splendid re-creation of how audiences were entertained in days past.

Combining puppetry, shadowplay, music, mime and a universal gibberish language, the talented performers tell Pinocchio’s story in 13 scenes with an array of puppets that look like they were carved hundreds of years ago.

The show has universal appeal: children will be drawn to the puppetry, and teens interested in art and theatrical history will enjoy it as well. Adults will appreciate it as a performance piece that vividly recalls a time when people were drawn to the torchlight of a traveling show to marvel at dancing shadows and mesmerizing creatures.

At one point, the performers take the puppets into the audience to interact with theatergoers. I found myself staring into the face of a rabbit as its paw touched mine. There is additional opportunity to examine the creations and speak with the artists after the show.

As it’s only about an hour long, the evening shows will still be fine for young attendees, and it will make for a magical pre-holiday night out.

The Carlos Alvarez Studio Theatre at the Tobin Center