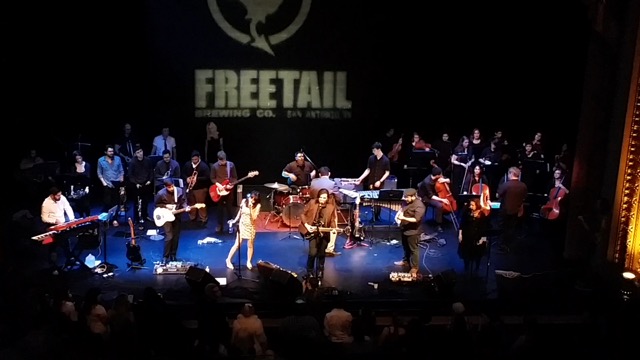 Saturday, December 12th was quite a celebration at the Empire Theatre in San Antonio. The occasion was the release of The Nature of… which is the first full-length album by local indie band Deer Vibes.

As stated in the official bio, referring to Deer Vibes as merely a band is selling it short. Indeed, it’s more like a miniature indie rock orchestra whose ranks swelled to about 40 on Saturday, thanks to the participation of the Youth Orchestra of San Antonio, providing brass and string sections.

Fronted by Deer Vibes founder/songwriter Mike Carrillo, the ensemble presented a rich and rousing performance of the new album, and the results were mesmerizing.

The Nature of… references and incorporates various musical styles and genres, blending them into a cohesive whole that results in a unique sound that’s impossible to categorize. When queried in a recent interview with the San Antonio Current about the music’s lack of easy precedent, Carrillo said, “Well, sounding like nobody else is always a good thing.” 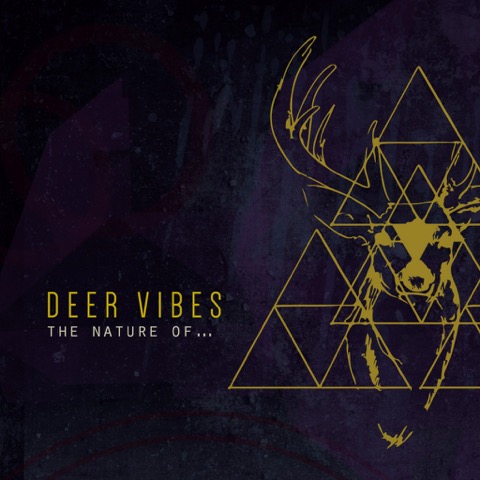 A fixture on the local music scene, Carrillo founded Deer Vibes in 2008. Years of performances and shifts in the band’s line-up allowed him to slowly create the material that would comprise The Nature of…, as well as to develop a stable core of musicians who shared his vision, which was essential to maintain the kind of sound that Carrillo sought to achieve.

The 11-track album consists of compositions ranging in length from almost three to more than nine minutes. The opening track, “Still I Reach (Think I Saw You),” sets the mood for the rest of the piece with its gradual buildup into an explosion of music. By contrast, the closing track, “Your(e) Light,” is a serene work that emphasizes Carrillo’s vocals, simply backed by acoustic guitar.

Although every song has its own distinctive sound, they also merge together as a cohesive work whose lyrics keep a consistent narrative running through the music.

The lyrics themselves are appropriately minimal, providing sketches of the album’s overriding themes of desire and disappointment, and are often repeated, chant-like, to become part of the music itself. From the modern jazz riffs and cascading drums of the appropriately-titled “Furious Styles” to the catchy “Glenn Miller,” the album runs a sonic gamut that bears repeat listening. It’s an impressive debut.

The Nature of… is available on CD or as a digital download and can be purchased here.