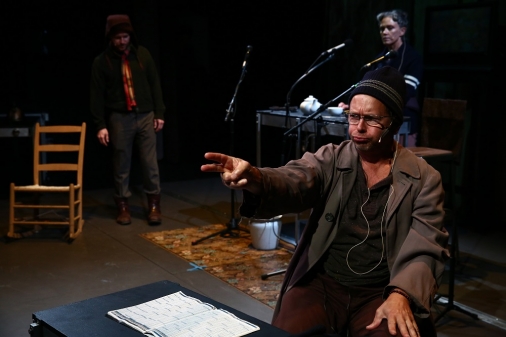 L.A. audiences will be the first — and possibly the only — people to experience The Wooster Group’s production of British playwright Harold Pinter’s The Room, opening next week for an exclusive 10-day run.

Produced in 1957, Harold Pinter’s The Room is the first play by one of the most important playwrights of a generation. Directed by Elizabeth LeCompte, this theatrical experience builds on the Group’s goal to create “a theater that encompasses all forms of the arts and has an architecture that isn’t located in a naturalistic place: a theater which integrates music, dance and text into the final art form without privileging one over the other.” They approach Pinter’s 1957 play through a range of comedic forms, including American vaudeville and comic routines (duos like Abbott and Costello or the Smothers Brothers), and the ancient form “cross talk” or xiansheng, a two-person comedy style popular in China since the Qing Dynasty.