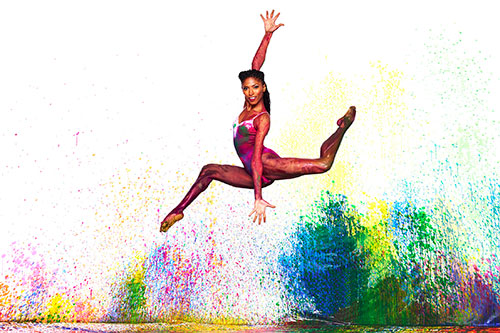 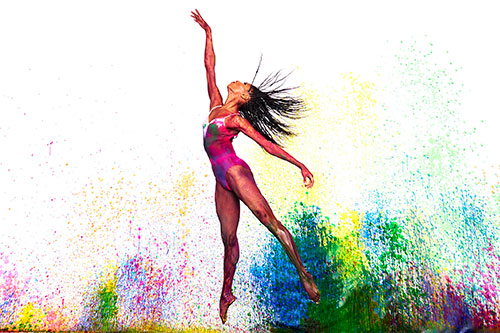 Alvin Ailey American Dance Theater has returned to The Music Center’s Dorothy Chandler Pavilion for a five day engagement (March 8-12, 2017) as part of the Glorya Kaufman Presents Dance at The Music Center 2016-2017 season.

Power and Grace – Tenderness and Strength – Precision and Passion. For more than half a century, Alvin Ailey American Dance Theater has embodied these complexities and contradictions of the human condition with performances that uplift and transform, making it one of the world’s most beloved dance companies. Celebrated not only for its exquisite performance of treasured classics, but also for a commitment to bold new dance styles, Alvin Ailey American Dance Theater will perform three electrifying programs, each of which will culminate with the soulful American masterpiece Revelations.

The performances will include the West Coast premieres of r-Evolution, Dream, Untitled America, and Deep.  All performances will also include Ailey’s masterpiece Revelations.  These works directly connect with the struggles of the African American community and the challenges it still faces today.  From the writings of Dr. Martin Luther King, Jr. to interviews with former prisoners, the performances shine a light on timely societal issues. 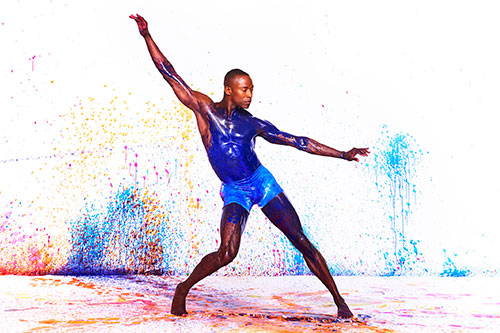 Embodying the complexities and contradictions of the human condition, Alvin Ailey American Dance Theater uses the African American cultural experience and the American modern dance tradition to inspire a universal celebration of the human spirit. The company is celebrated for its memorable performance of treasured classics and its commitment to bold new dance styles.

Supported with commissioning funds by The Music Center, r-Evolution, Dream., choreographed by veteran Ailey company member Hope Boykin, is inspired by the speeches and sermons of Dr. Martin Luther King, Jr. The piece highlights the current relevance of Dr. Kings messages and reflects on the African American community’s past struggles along with the challenges it continues to face today. Untitled America, created by MacArthur genius grant winner Kyle Abraham, shines a light on the impact of the prison system on African American families. Deep, choreographed by Mauro Bigonzetti, is a soulful and elegant work set to music by rising global music stars Ibeyi. The Company will perform Robert Battles Ella and Billy Wilsons The Winter in Lisbon, celebrating the birth centennials of jazz legends Ella Fitzgerald and Dizzy Gillespie, respectively. A new production of Alvin Aileys rarely-seen masterwork Masekela Langage and Robert Battles bold, unrestrained solo In/Side are also part of the three different programs.

Performances by Alvin Ailey American Dance Theater are a tradition at The Music Center, and we are thrilled to welcome this iconic dance company back to Los Angeles to share the many poignant and thought-provoking pieces in their repertoire, said Rachel Moore, president and CEO of The Music Center. With the vision of Artistic Director Robert Battle and courageous storytelling of choreographers like Hope Boykin, Kyle Abraham and Mauro Bigonzetti, the companys performances present audiences with important perspectives on issues that our communities continue to grapple with, providing us a platform for dialogue and offering a message of hope.

Los Angeles audiences have always appreciated Alvin Ailey American Dance Theaters keen ability to use dance to relay stories that are highly relevant and incredibly powerful, said Michael Solomon, vice president, presentations and education. From Ailey classics such as Revelations to the West Coast premieres of r-Evolution, Dream. and Untitled America, audiences will be enthralled by the captivating choreography and inspired by the tenderness and strength that are synonymous with Ailey performances.

Boykin found inspiration in the words of Dr. King when creating r-Evolution, Dream. The large ensemble work blends creative storytelling with new music by Ali Jackson of Jazz at Lincoln Center and historical and original writings narrated by Tony Award winner Leslie Odom, Jr. (Hamilton). With Dr. Kings words as a guide throughout the performance, Boykin focuses on the evolution within everyone and how that progress can impact the greater community.  Abrahams Untitled America explores the people left behind when a family member is imprisoned. With narration by those impacted by incarceration along with spiritual and contemporary music, the piece fuses many facets of dance and highlights Abrahams distinct movement style and avant-garde aesthetic. Brian Seibert of The New York Times described Abrahams work in Untitled America as potent and explosive and wonderfully of the moment. Wendy Perron of Dance Magazine stated, This is something our culture should be looking at, and Abraham has found a way to do that. 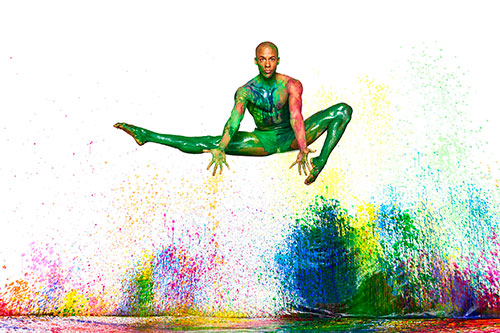 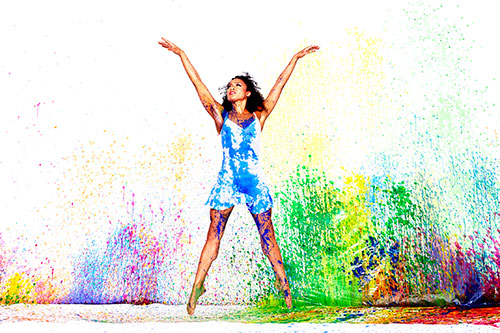 The three programs include:

Alvin Ailey American Dance Theater, recognized by U.S. Congressional resolution as a vital American Cultural Ambassador to the World, grew from a now-fabled March 1958 performance in New York that changed forever the perception of American dance. Founded by Alvin Ailey, recent posthumous recipient of the Presidential Medal of Freedom  the nations highest civilian honor, and guided by Judith Jamison beginning in 1989, the Company is now led by Robert Battle, whom Judith Jamison chose to succeed her on July 1, 2011.

Alvin Ailey American Dance Theater has performed for an estimated 25 million people in 71 countries on 6 continents  as well as millions more through television broadcasts, film screenings, and online platforms – promoting the uniqueness of the African-American cultural experience and the preservation and enrichment of the American modern dance tradition. In addition to being the Principal Dance Company of New York City Center, where its performances have become a year-end tradition, the Ailey company performs annually at Lincoln Center for the Performing Arts, the John F. Kennedy Center for the Performing Arts in Washington, DC, the Auditorium Theatre in Chicago, the Adrienne Arsht Center for the Performing Arts of Miami-Dade County in Miami, The Fox Theatre in Atlanta, Zellerbach Hall in Berkeley, CA and at the New Jersey Performing Arts Center in Newark where it is the Principal Resident Affiliate), and appears frequently in other major theaters throughout the United States and the world during extensive yearly tours.

The Ailey organization also includes Ailey II (1974), a second performing company of emerging young dancers and innovative choreographers; The Ailey School (1969), one of the most extensive dance training programs in the world; Ailey Arts in Education & Community Programs, which brings dance into the classrooms, communities and lives of people of all ages; and The Ailey Extension (2005), a program offering dance and fitness classes to the general public, which began with the opening of Ailey’s permanent home the largest building dedicated to dance in New York City, the dance capital of the world named The Joan Weill Center for Dance, at 55th Street at 9th Avenue in New York City. For more information, visit www.alvinailey.org.

About Glorya Kaufman Presents Dance at The Music Center

Glorya Kaufman Presents Dance at The Music Center is one of the leading presenters of dance on the West Coast. The celebrated series offers significant works by prestigious ballet and contemporary dance artists from around the world. Entering its second decade, Dance at The Music Center continues to be a powerful commissioning force through the support of new works and artists-in-residence projects by todays most influential companies and choreographers. Performances take place throughout The Music Center, including the historic Dorothy Chandler Pavilion, the distinctive Ahmanson Theatre and the iconic Walt Disney Concert Hall, providing the ideal setting for inspiring dance experiences.

About The Music Center