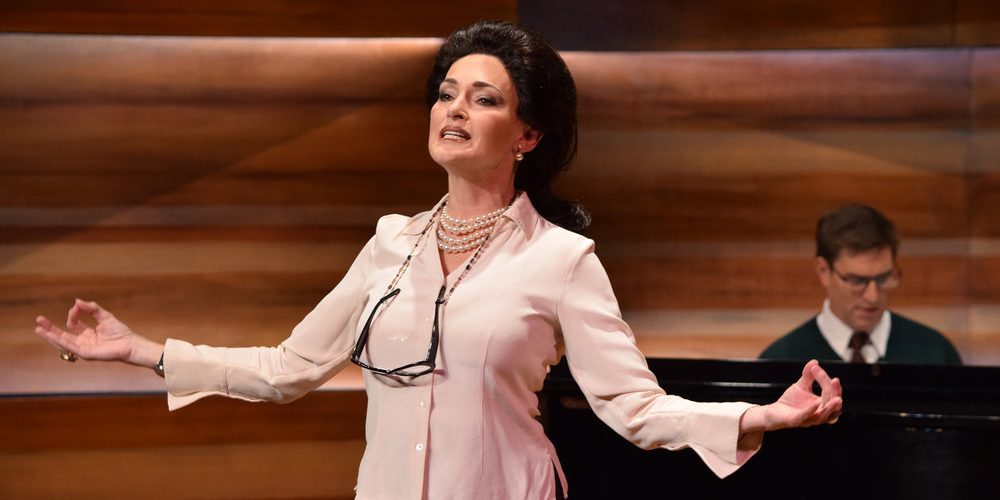 Last days to catch Masterclass at the Garry Marshall Theatre in Toluca Lake (formerly known as The Falcon).

The adorable Falcon Theatre in Toluca Lake was recently been revamped and renamed the Garry Marshall Theatre, after its late owner, the legendary writer/director/actor Garry Marshall.

Now operating under the artistic direction of the talented performer/writer/director Joseph Leo Bwarie, the inaugural season of the Garry Marshall Theatre kicked off with the Tony award-winning play Masterclass.

it’s a perfect show to launch their first season

From the press notes:

Inspired by world-renowned Opera diva Maria Callas’ magnificent JuiIliard master class series, Terrence McNally’s Tony Award-winning play spotlights the tour-de-force artist and vulnerable woman known as La Divina. Join Callas as she relentlessly coaxes, prods, and edifies her young students, motivating them to give the performances of their lives, while revealing her humor, her demons and her genius.

Carolyn Hennessy gives a superb performance as the volatile diva, capturing and beautifully expressing the legendary singer’s powerful presence as well as her complexities and vulnerabilities. To remind us of her former glory, we hear snippets from recordings made of Callas in performance during her peak. It’s the stuff that sends chills up your spine. When Hennessy aggressively bursts into song during the masterclass, however, it’s horrifying.

Dimitri Toscas does an excellent job directing his cast of singers/musicians (and one surly stagehand), eliciting beautifully orchestrated and nuanced performances from all.

Try to catch this show before it closes this weekend!

Thursdays, Fridays at 8pm; Saturdays at 2pm and 8pm; Sundays at 3pm