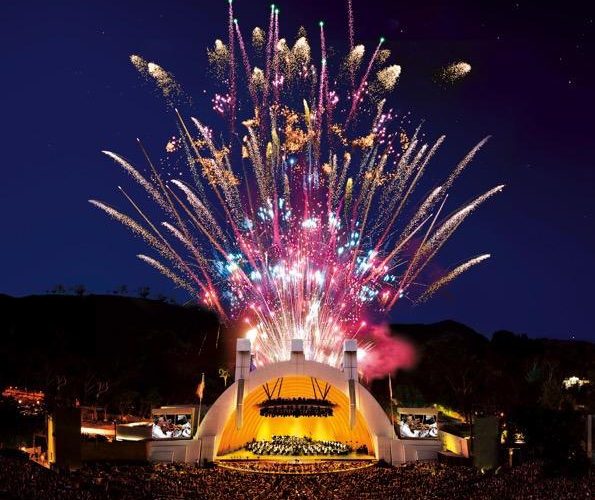 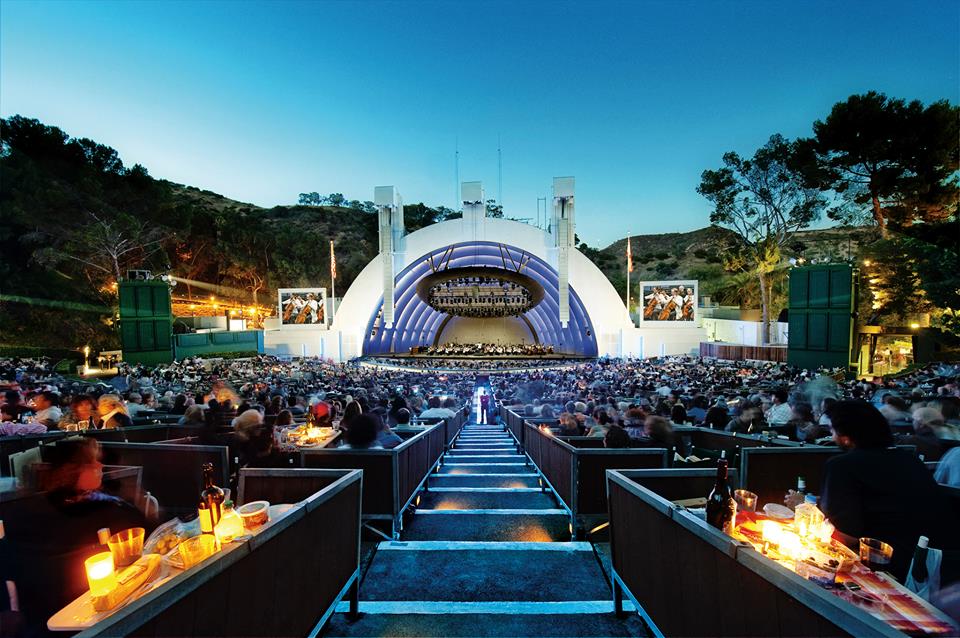 It’s almost summertime here in Los Angeles, and that means outdoor concerts at the Bowl.

From fully staged Broadway musicals — this year it’s Annie — to movie screenings accompanied by live orchestra — Star Wars, Jaws and more — as always, the Los Angeles Philharmonic is presenting a thrilling lineup of concerts, events and thrilling entertainment at the Hollywood Bowl.

The LA Phil is celebrating their 97th season with an eclectic series of concerts for all tastes and ages.

You can choose from the various categories, including Classical, Weekend Spectaculars, Jazz, Sunday Sunset Concerts and KCRW’s World Festival Series.

More information on each of these events can be found here.

HIGHLIGHTS OF THE 2018 HOLLYWOOD BOWL SUMMER SEASON INCLUDE:

Dudamel also conducts Verdi’s Otello for the first time, leads a fully danced production of Tchaikovsky’s The Nutcracker featuring the celebrated National Ballet of Cuba, and teams up with guitar duo Rodrigo y Gabriela and the Los Angeles Philharmonic.

Opening Night at the Bowl stars Diana Ross and the Hollywood Bowl Orchestra conducted by Thomas Wilkins, plus fireworks. The concert benefits the LA Phil and its education programs.

Beck returns to the Bowl to perform songs from his celebrated catalogue, including his newest album, Colors.

John Williams celebrates the 40th anniversary of his first appearance at the Bowl, conducting the Los Angeles Philharmonic in many of his greatest moments in movie music.

Films with live orchestra include Star Wars: A New Hope, Star Wars: The Empire Strikes Back, Jaws, Harry Potter and the Goblet of Fire™ and The Pink Panther.

Screenings of the beloved Grease Sing-A-Long, celebrating the 40th anniversary of the film, and Sing-A-Long Sound of Music both make a return.

Annie is this summer’s fully staged Broadway musical, directed by Michael Arden and conducted by Todd Ellison. Annie‘s book is by Thomas Meehan, music by Charles Strouse and lyrics by Martin Charnin. Additional members of the creative team and an all-star cast will be announced on a later date.

Annual Fireworks Spectaculars include the July 4th celebration with The Go-Go’s -including all five of the original members (Jane Wiedlin, Charlotte Caffey, Gina Schock, Belinda Carlisle and Kathy Valentine) – and the Los Angeles Philharmonic conducted by Thomas Wilkins; plus a Fireworks Finale with Harry Connick, Jr. paying tribute to the 300th Birthday of New Orleans.

Hollywood Bowl debuts include Jennifer Hudson and Charlie Wilson, both performing with the Hollywood Bowl Orchestra conducted by Thomas Wilkins, and The O’Jays.

Randy Newman is joined by his own band and the Hollywood Bowl Orchestra led by his cousin, conductor and film composer David Newman, to perform selections from each of his eleven studio albums spanning the last half century, from his 1968 self-titled debut to last year’s Dark Matter.

Over two special nights, Michael McDonald, Kenny Loggins and Christopher Cross perform sets of their own songs with the Hollywood Bowl Orchestra conducted by Thomas Wilkins.

The Fireworks Finale: Harry Connick, Jr., 300th Birthday Celebration of New Orleans performances on September 7, 8 and 9 will open with Bonerama, the 20-year-old powerhouse touring band which has helped to cement the sound of the trombone in present-day New Orleans music culture, joined by special guest, vintage soul artist Erica Falls.

On August 31, September 1, and September 2, conductor and film composer David Newman will return to lead the Los Angeles Philharmonic in the first half of all three John Williams: Maestro of the Movies performances. John Williams will lead the second half of these performances, celebrating the 40th anniversary of his first appearance at the Bowl. 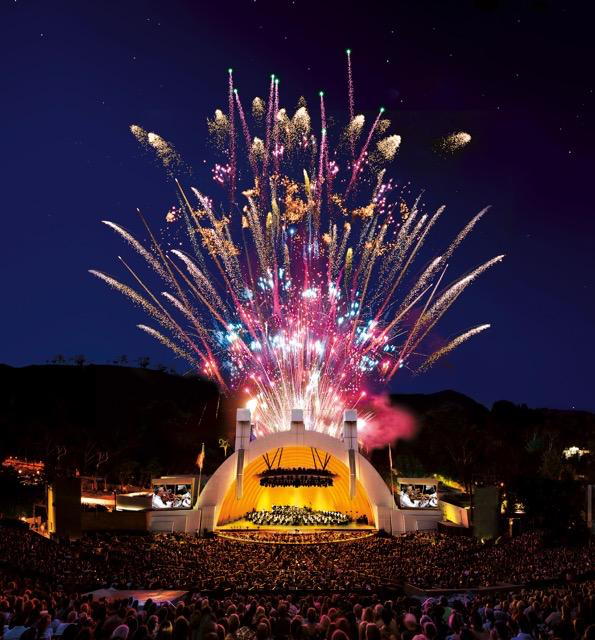 About the Hollywood Bowl

One of the largest natural amphitheaters in the world, with a seating capacity of nearly 18,000, the Hollywood Bowl has been the summer home of the Los Angeles Philharmonic since its official opening in 1922 and plays host to the finest artists from all genres of music, offering something for everyone. It remains one of the best deals anywhere in Los Angeles; to this day, $1 buys a seat at the top of the Bowl for many classical and jazz performances. In February 2018, the Hollywood Bowl was named Best Major Outdoor Concert Venue for the 14th year in a row at the 29th Annual Pollstar Awards and was awarded the Top Amphitheater prize at the 2017 Billboard Touring Awards. For millions of music lovers across Southern California, the Hollywood Bowl is synonymous with summer.

About the Los Angeles Philharmonic Association – The LA Phil, under the vibrant leadership of Music & Artistic Director Gustavo Dudamel, presents an inspiring array of music from all genres – orchestral, chamber and Baroque music, organ and celebrity recitals, new music, jazz, world music and pop – at two of L.A.’s iconic venues, Walt Disney Concert Hall (www.laphil.com) and the Hollywood Bowl (www.hollywoodbowl.com). The LA Phil’s season at Walt Disney Concert Hall extends from September through May, and throughout the summer at the Hollywood Bowl. With the preeminent Los Angeles Philharmonic at the foundation of its offerings, the LA Phil aims to enrich and transform lives through music, with a robust mix of artistic, education and community programs.