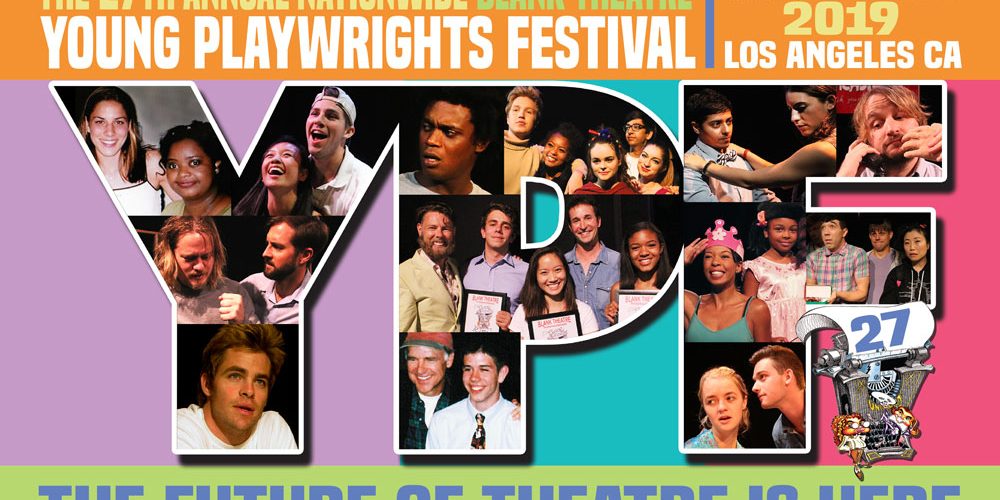 Every June, The Blank Theatre produces the 12 best plays by playwrights ages 14 to 19, chosen from a nationwide competition. The 12 best plays are chosen by a panel of theatre professionals from submissions across America. Winning playwrights are provided careful mentoring and direction from industry professionals to help prepare their work for public performance and hone their skills, talent and confidence.

Nowhere else in the nation can young playwrights receive the prize of seeing their vision come to life on stage in a professional production featuring known actors from film, television and theatre. The plays are crafted by seasoned professional directors and each is given several public performances in a month-long Festival.
The Festival plays a critical role in training and supporting the next generation of theatre artists.

There are no submission fees for this program.

More than 40 actors have been set to participate in The Blank Theatre’s 27th Annual Young Playwrights Festival. Twelve winning plays by young playwrights aged 14–19 from six different states will be presented during this year’s festival at the YPF Pop-Up Playhouse in Hollywood, running from June 6–30.

More than 40 actors have been set to participate.

Runs Thursday, Friday, and Saturday at 8pm and Sunday at 2pm.

The YPF Pop-Up Playhouse is located at 6520 Hollywood Boulevard (at Wilcox), in Hollywood.

Festival passes, which include one ticket for each week, are $80 for adults and $40 for students.