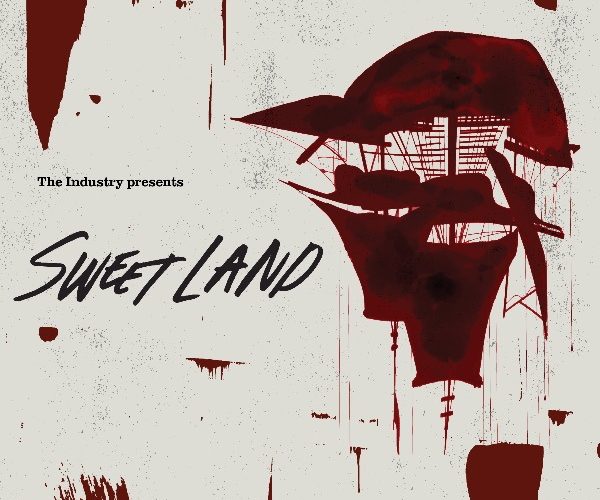 The Industry and its Artistic Director Yuval Sharon have announced the world premiere of a new project, Sweet Land. Sweet Land brings together composers Raven Chacon and Du Yun, librettists Aja Couchois Duncan and Douglas Kearney, and co-directors Cannupa Hanska Luger and Sharon. Together, they spin separate but interconnected narratives that re-imagine the founding of America and westward expansion in order to make visible the violence and erasure of American history. Sweet Land will be performed in Los Angeles State Historic Park in the New Chinatown neighborhood; the park—on the site of a former Tongva village and, later, the southernmost point of the Southern Pacific Railroad line—is a palimpsest of exploitation and eviction of indigenous and immigrant peoples alike. Sweet Land premieres on February 29, 2020.

Tickets will be available here beginning at 1PM EST on January 14.

Sweet Land weaves together several narratives simultaneously, opening with the arrival of a settler-colonial civilization—titled the “Arrivals”—in the home of an indigenous civilization, known as the “Hosts.” From here, the audience diverges into two distinct paths: a feast and a train. The feast imagines the first meeting of the “Host” community and “Arrival” community and the assumptions and attitudes of those groups. The train imagines the “Arrivals” embarking on an uncompromising westward expansion, and its violent effect on people, land, and animals. As the story unfolds, the audience is guided through the physical space of the park; as it progresses, past scenes are left behind and erased, emulating the erasure of dissent against dominant historical narratives.

Central to the project is the diversity of its voices. Composer Raven Chacon is from the Navajo Nation and advocates for indigenous composers and musicians; he is a recent recipient of the Berlin Prize. Du Yun is a Chinese immigrant whose recent work is rooted in a lack of understanding and empathy around immigration. Her opera Angel’s Bone, which explores human trafficking, won the Pulitzer Prize for music. Librettist Aja Couchois Duncan is a mixed-race Ojibwe writer with a focus on social justice. Douglas Kearney is a poet whose writing, in the words of BOMB magazine, “pulls history apart, recombining it to reveal an alternative less whitewashed by enfranchised power.” Co-director Cannupa Hanksa Luger is a multi-disciplinary installation artist of Mandan, Hidatsa, Arikara, Lakota, Austrian, and Norwegian descent. Yuval Sharon is a 2017 MacArthur Fellow whose works with the Industry include Hopscotch, Invisible Cities, and War of the Worlds. Other of Sharon’s recent works include Lohengrin at Bayreuth, where he was the first American director, and Meredith Monk’s ATLAS—Monk’s first time working with an outside director.