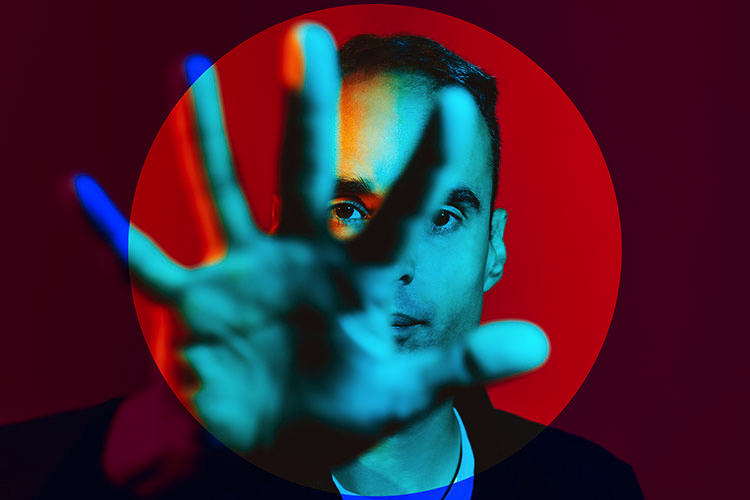 The guys’ second single of their second album is out, and for those of you in Southern California in early March, you can experience a live performance.

Wajatta kicks off the Natural History Museum’s season opener of its popular First Fridays series on Friday, March 6, 2020 with a performance celebrating the release of the duo’s sophomore album, Don’t Let Get You Down, due out on the groundbreaking label Brainfeeder February 28.

The first single from Don’t Let Get You Down is its infectious title track. With its brightly pulsing synths and irresistible whistling hook, “Don’t Let Get You Down” is, in the words of Reggie Watts, “the poppiest song we’ve ever done.” With a deliberately open-ended lyric (the omitted “it” in the refrain is never identified) its breezy message offers listeners some reassurance in our chaotic, divisive times. It’s just one example of the myriad ways in which Wajatta will surprise longtime fans of Watts’ cutting-edge comedy and vocal loops and Tejada’s sleek techno productions and floor-filling DJ sets.

Wajatta and a host of other performers and lecturers, including Ologies podcast host Alie Ward and KCRW’s Novena Carmel, will appear at the “after-hours” Friday event that runs from 5:00 to 10:00pm.

As part of the 2020 season’s theme, The Future is Now, the all-ages event explores the Future of Medicine on the opening night with early evening discussions by Dr. Alexis Komor and Dr. Roey Tzezana. Sip craft cocktails with dinosaurs, engage in themed discussions, dance to live music and DJs in the mammal halls and eat from a variety of L.A. food trucks.

Wajatta will take the stage at 9:00pm for one hour.

Wajatta—the musical duo of Reggie Watts and John Tejada—kicks off the Natural History Museum’s season opener of its popular First Fridays series with a performance celebrating the release of the duo’s sophomore album, Don’t Let Get You Down.

For more information on this event, please visit their official site here.

Tickets are $20 for non-members, and are free for museum members with reservations.

With a deep dive into the theme Future of Medicine, the Friday March 6th First Fridays event will offer an evening filled with live music and lively discussions, including:

Each First Fridays event of its four-month season encompasses a different aspect of The Future is Now theme, including:

• May 1: Future of Design and Architecture

The Natural History Museum of Los Angeles County (NHM) and its sister museums operate under the collective vision to inspire wonder, discovery and responsibility for our natural and cultural worlds. Wander through NHM’s halls after-hours on the first Friday of each month for live music performances and enlightening discussions about the future, moderated by award-winning Los Angeles Times writer Patt Morrison. This season’s presenting sponsor is the XP RIZE Foundation, and returning for another season is First Fridays’ media sponsor KCRW. For more information on this series, please visit their official site.

About Wajatta’s second album Don’t Let Get You Down:

Wajatta build all their tracks from scratch, bouncing ideas off one another from initial spark to finished product. It’s all done face-to-face: “We never just share files,” Tejada notes. They also try to keep their sessions as spontaneous as possible, in a never-ending quest to, as Watts puts it, “capture the freshness.”

Wajatta’s forthcoming album, Don’t Let Get You Down, makes good on that promise. The new 11-song LP will be available digitally, on CD and on double-vinyl on Friday, February 28, 2020, at this link.

“Tonight,” their second single “is about the anticipation of an epic night out,” Watts and Tejada explain, “The journey from getting ready, making plans and reflection after the night ends.”

Wajatta (pronounced wa-HA-ta) is a mash-up of the artist’s last names. Coming from different worlds, but sharing a passion for the rich history of electronic music, beat-boxer/comedian/musician Reggie Watts and electronic music artist/DJ/producer John Tejada bring out the best in each other’s formidable skill sets. Having grown up with similar musical influences, Austrian-born Tejada and German-born Watts draw from their love of electronic music. Exploring the intersection between influences and innovation, the two describe Wajatta’s music as “electronic dance music with its roots in Detroit techno, Chicago house, ’70s funk and New York hip hop.” It’s a sound that is both familiar and wholly original—and, like all great dance music, ultimately life-affirming, as Watts vocalizes, sometimes without words, the joyful energy of his and Tejada’s funky, shape-shifting productions.

ABOUT THE NATURAL HISTORY MUSEUM OF LOS ANGELES COUNTY:

The Natural History Museums of Los Angeles County (NHMLAC) include the Natural History Museum, La Brea Tar Pits and the William S. Hart Museum. They operate under the collective vision to inspire wonder, discovery and responsibility for our natural and cultural worlds. The museums hold one of the world’s most extensive and valuable collections of natural and cultural history—more than 35 million objects. Using these collections for groundbreaking scientific and historic research, the museums also incorporate them into on- and offsite nature and culture exploration in L.A. neighborhoods, and a slate of community science programs—creating indoor-outdoor visitor experiences that explore the past, present and future.

Please be aware that event capacity is limited and likely to sell out. Purchase your tickets online before the day of the event as only a limited number of tickets will be available at the door. Member tickets are non-transferable and Members must show photo ID to claim their tickets. To guarantee admission, Members must arrive prior to 7:00pm on the night of the concert to redeem their tickets.