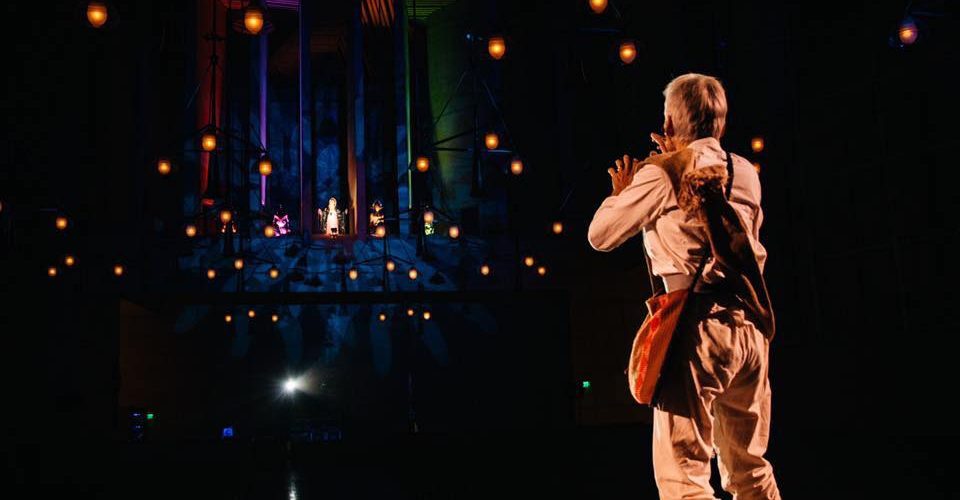 On Friday, May 15 at 4 p.m.PDT: Join the Latino Theater Company for a conversation with company member Geoffrey Rivas. Geoff is a native Californian, originally from the San Joaquin Valley. He has performed with the company in The Sweetheart Deal; Members Only; A Mexican Trilogy; Luminarias (which was made into a feature film); I Don’t Have To Show You No Stinking Badges by Luis Valdez; Piano by Anna Devere-Smith, and he appears annually in the company’s holiday pageant La Virgen de Guadalupe, Dios Inantzin at downtown L.A.’s Cathedral of Our Lady of the Angels. Geoff has developed and directed LTC productions of The Latina Christmas Special, including a run last winter at the SoHo Playhouse in NYC; Home, written and performed by Nancy Ma; and the world premiere of the NAACP award-winning solo show Beautiful by Jozanne Marie, Other acting credits include Man of Flesh by Octavio Solis and Anna in the Tropics by Nilo Cruz (South Coast Rep) and Once Removed by Eduardo Machado (New Mexico Rep). He is the recipient of an Ovation Award nomination for his role as Martin in Sam Shepard’s Fool for Love. Film credits include La Bamba; Born in East L.A.; Pow Wow Highway; Blood In, Blood Out (Bound By Honor);Above Suspicion; Notes From Underground; Eye for an Eye; The Right To Remain Silent; Luminarias; Dementia (based on the 2003 GLAAD Award-winning stage play); Under the Tucson Sun; and Foto Novelas for PBS, for which he won an ALMA award. TV: movies of the week Little Assassin; Drug Wars—The Camarena Story; Overkill; Blind Side; Ambush at Waco; Trial by Fire; The Lake; Jake and the Fat Man; and episodics such as L.A. Law; E.R.; Relativity; Chicago Hope; Brooklyn South; Alright Already; Early Edition; Pensacola; Air America; Promised Land; Cold Case; Numb3rs; Shark; Lost, Prison Break; Saving Grace and The Closer. He recurred on The District and  played Detective Vega for nine year on C.S.I.Las Vegas. From 1986 to 1992 he worked with Cold Tofu, a multi-ethnic improvisational theater group. He also derives great pleasure from his work with the Virginia Avenue Project, an organization that works with at-risk children, by teaching them how to write and act in their own plays.

On Wednesday, May 20 at 4 p.m.PDT: Go behind the scenes of the Latino Theater Company and “Check-In with the LATC Techs.”

On Friday, May 22 at 4 p.m.PDT: Sit down for a drink with the entire Latino Theater Company and have “A Glass with the Company.”