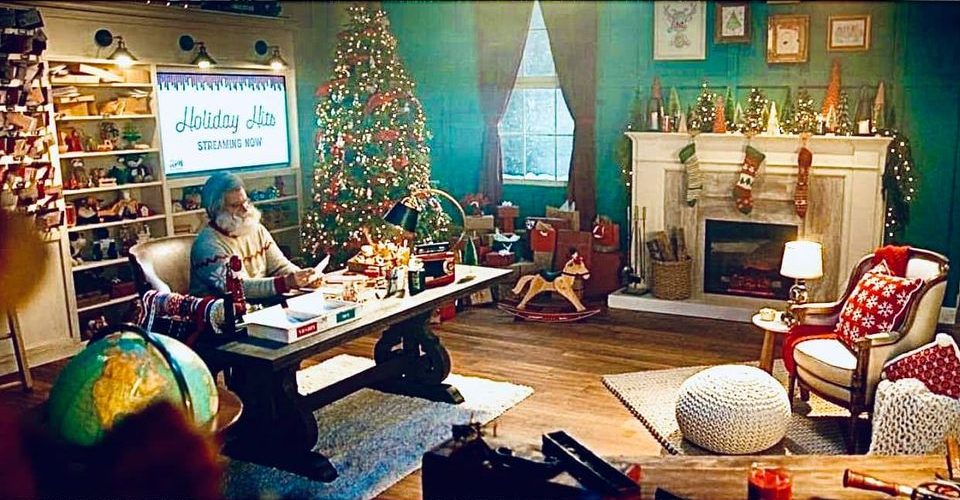 Ray Buffer is a Southern California actor, singer and jack-of-all-trades performer in Los Angeles whose career has taken him to the stage, on television, in film and even theme parks. Although these are difficult times for performers, he manages to stay busy, exercising his talent and keeping the thespian world alive.

ArtsBeat LA recently caught up with him to talk about his story. It’s as fascinating as it is familiar — he’s split his time working in the spotlight and behind the scenes, but he’s always working.

ArtsBeat LA: How did you begin your acting career here in LA? And what made you want to do it?

Ray Buffer: I moved from Florida in 1999. Before that, I grew up and went to school and university in Palm Beach County.  Before coming to California, I lived in Orlando for about five years. Although I occasionally worked in film and TV, most of my entertainment work was in theater (primarily musical theater) and contract work at the various theme parks. Sometimes I worked as a Stage Manager and alternated with performance roles.

When I came to California, I was still married and moved primarily for my spouse’s work relocation. I had to start all over and theater work seemed less accessible to me when I arrived, so I began working in film and TV again, holding down some survival jobs.

In 2004, after spending time directing and shooting a documentary film that went through the festival circuit. I thought things would begin to take off for me after booking a few appearances on [Larry David’s] Curb Your Enthusiasm…but they didn’t.  Instead, I had to focus more on non-industry work for a few years.

In San Pedro, there is a beautiful 1930’s cinema house with around 1500 seats called the Warner Grand Theatre. I produced live theater, including fully staged musicals, comedy shows, burlesque, plays, family film events (Warner On Wednesdays) and held summer youth camps up until around 2011.

During that period, I also divorced and started over in many ways after marrying at a fairly young age. Again, I returned to a non-industry job for a few years before starting another company with a friend in Long Beach, called Art-In-Relation.  Again producing musical theater and fundraisers.

During my journey there, I acquired a manager and then an agent, and in the last couple of years I have been fortunate to work more frequently than ever in commercials and film projects as well as voiceovers.

Throughout my life, I have worked steadily as a singer for concerts, toured with an orchestra, and done the frequent church gig.

Aside from what you’ve mentioned, what other kinds of gigs have you worked in — television, film and theater? And just general live performance?

I tend to be attracted to, and to attract, projects that involve music: musical theater and commercials that contain a singing element. One of the first jobs my manager got me in 2019 was a National Commercial for Capital One/Walmart. I am in it for about three seconds as a caroler — singing bass. Since then, I’ve used my voice to animate the eyebrows of a man looking in a mirror for The American Red Cross, and to promote a Santa Cam for Yankee Candle, in which I also appear as Santa.

Santa has been a recurring theme for me. I am 6’4″, and even in my twenties I worked as Santa for Walt Disney World EPCOT as Canada’s Santa (a lumberjackesque version) and for Sea World as Key West Santa (posing on a jet ski). Now that I am older, I’ve been doing personal appearances as Santa including parades, sometimes with my own facial hair, and sometimes with appliances. I was a Santa for Queen Mary’s Chill and most recently for Yankee Candle’s Santa Cam.

I consider myself a character actor. I have, over the years, had extensive experience with prosthetics and FX makeup, playing monsters and bad guys.

I suspect that will continue. A lot of the jobs I currently seem to be getting are comedic. Recently I did a campaign for California Walnuts as Chef Frank (with makeup as Frankenstein’s creature).

I have other projects that I can’t disclose until they are released, but I am enthused to be working as much as I am, despite the Pandemic.

How long do you think the industry is going to suffer from the Pandemic? Can we adapt and change? How will arts adapt?

I think some things will remain — such as self tapes and Zoom meetings. I like them. I can now audition for several things in a day from my home, rather than having to choose one or two auditions to drive to, park at, wait in a waiting room, wait for the callback response, feed the meter, fight traffic, get gas, wear and tear on my car, etc… I think casting also sees it as a money-saver, at least for initial submissions and auditions.

I certainly hope that live theater and movie theaters will recover. But part of me wonders how accustomed and comfortable the public will become to the new ways that entertainment is being delivered that perhaps we may not go back to the old normal.

Although we’re certainly not operating under the usual normal circumstances, what do you like best about LA theater?

My experience as an actor with the LA theater scene is that it is a great place to be seen and heard. It is a “live commercial” of your talents for future work. It also provides an enrichment to entertainment consumers. When I was more actively producing and directing theater, I wanted to bludgeon people with emotional content — make them feel something or think of something in a new way. That is still the most powerful effect that theater can offer — a shared, growth experience magnified by the reactions of those around you.

What advice would you give to other LA actors who want to work consistently in the biz? And how can they make money doing it?

Keep moving forward. Always. Even if they are only baby steps. Making money is kind of the market’s choice. At first, if you don’t truly know what your strengths are, you have to put yourself out there and let the audience decide.

That may mean failing and getting bad reviews a bunch of times, but eventually you will get compliments and you will notice that the compliments begin to align. People will pay you for things they think you are good at. For me it’s been playing type based on my size and voice or conversely, completely against that type, for the surprise factor.

My voice has been my strongest asset and I think a lot of my future work may rely on that. Networking is something I am not always good at, but those who do it well seem to succeed. Sometimes it’s good to embed yourself into a group of aspiring artists, so as they evolve in their careers you move and flow with them. Try to get into the back pocket of a director or casting person.

Befriend the ADs, PAs, Costumer, Makeup — you never know where your next job lead may come from. Sometimes the deciding factors in getting offered work are  cumulative. I highly recommend a book by Tom Markus called An Actor Behaves.  I see so many performers that either think they are way too good for the room, or are just awkward from nerves or disorganization.

Be humble and be organized. Market yourself. If you need to fund your own project (be your own producer) to showcase what you believe are talents that haven’t been underscored yet in your resume-worthy work, then plan it out and do so.

Ray is represented by the Stander Group and his manager is Clayton Music Management.