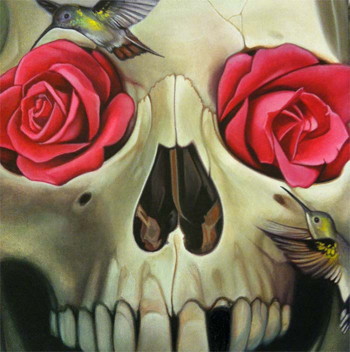 A new and unique art exhibition coming up in January 2013 at the WW Gallery, Creepy Cute juxtaposes the delicate and sweet with the grotesque and sinister through paintings by seven artists; Peter Adamyan, Jonathan Bergeron, Dee Chavez, Desiree Fessler, Kelly Hutchison, Larkin and Chase Tafoya. Each is known for subject matter that elicits visceral reactions of uneasiness, delight or both.

Peter Adamyan is an artist based in San Francisco who uniquely combines painting and sculpting for work on layered wood cut outs. Adamyan’s work is filled with religious, political, and pop culture references that he confronts heartily with sardonic humor and surprising twists.

Jonathan Bergeron – aka Johnny Crap – is a painter and illustrator based in Montreal, Canada. His artistic career began with designs for concert posters and t-shirts but his skills in ink and oils have since led to exhibits throughout Canada and the United States. Skulls favor heavily in Bergeron’s work though his paintings are not necessarily dark and macabre. Instead, much of Bergeron’s lush palette depicts intriguing narratives with a touch of humor.

Dee Chavez examines the relationship between surreal spaces and childhood memories. Through her explorations, her work has translated into images of vibrant colors and dark unknown creatures that resonate with both children and adults alike. Her current body of work continues to embody the lighthearted expression and habitat of her creatures as she leads viewers to secret forests, underwater nesting holes and glowing entities off the beaten path.

Larkin amalgamates surreal peculiarity with Victorian aesthetics for paintings complimented with borders of sculptural inclusions, found objects, and fiber techniques. Personally symbolic and with dark whimsy, his work summons mythical creatures of land, sea, and air and juxtaposes them with the spectrum of human emotion.

Chase Tafoya grew up in Merced, CA and looks to his background and relationships to create gritty paintings and illustrations infused with urban and street culture.  Besides numerous exhibits all over the world in places such as Spain, Germany, Tokyo, and across the United States, his work can be found on projects and collaborations with Travis Barker, Soul Assassins, DSTROYR, The Lovewright Co. and many more.  Being self-taught, Tafoya’s incredible technical achievement in portraiture is further proof that it takes true passion and dedication to craft a successful artist. 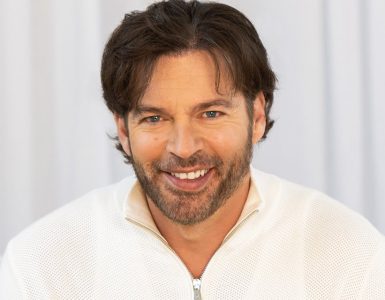 Supreme entertainer Harry Connick, Jr., is ranked among the top 60 best-selling male artists in the United States, with 16 million in certified sales throughout his illustrious career. GRAMMY and Emmy Award-winning...