Under the stars, partying in Hollywood – luminaries of the Art World mingled with dedicated Animal Activists at an elegant party designed to launch the new ArtSeen website, in conjunction with Fabrik Magazine, as well as benefiting the Identify Foundation. The fundraiser party took place on Thursday June 10th, 2010 at the W Hotel in Hollywood.

The lively party featured a live DJ spinning cool and cutting edge tracks as well as delicious catering courtesy of the W Hotel”™s Delphine Restaurant. It was such a pleasure to sample so many tasty vegetarian options, such as Puy lentil salad and tabbouleh.

A highlight of the evening was the tantalizing presentation of a clip from the Identify Foundation”™s Mountain Gorilla Mission documentary – a two minute “sizzle reel” – which gave us an idea of the fine work the Identify Foundation is doing to save endangered species such as the Mountain Gorillas in Rwanda, Elephants in Chad and Panthers in Florida – all perilously endangered creatures.

The projected footage was followed by an exciting live art auction featuring the works of several well-known Los Angeles artists including a work of art by one of the Identify Foundation”™s co-founders, Amber Arbucci. Twenty artists were featured, with nine pieces presented at the live auction.

The gorgeous event was staged in a fabulous open-air courtyard of the chic W Hotel, right in the epicenter of that glitzy entertainment capital known as Hollywood.

Guests and supporters lounged in the W Hotel”™s outdoor space, dubbed “Station Hollywood”, and partied under the stars, sipping cool cocktails and dazzling drinks from the full service bar. Lounging on the plush patio furniture, activists and art lovers were engrossed in friendly discussion in the enchanting moonlit courtyard.

The Identify Foundation – Protecting our “modern day dinosaurs” one endangered species at a time.

ABOUT THE IDENTIFY FOUNDATION:

In order to educate and activate the public, “IF” also connects scientists, researchers and advocates with their audience of supporters: local activists and philanthropists.

Through outreach, funding and an interactive portal (in development), the foundation connects these advocates in the field with their supporters online through project related visual media, project updates, and newly found data.

The Identify Foundation just completed their first mission in Rwanda to benefit the endangered Mountain Gorilla. Their tireless work continues with saving the Elephants in Chad and Panthers in Florida – all perilously endangered creatures.

Future undertakings include an (obviously) urgently needed Gulf Wildlife Rehabilitation mission, as well as a Pink Dolphin mission off the coast of Brazil and also some serious efforts to save the Great White Shark from extinction in September. The hard-working members of The Identify Foundation are dedicated to tirelessly preserving the lives of as many creatures as possible, preventing them from vanishing off the face of our beleaguered planet Earth forever.

A brand new website – ArtSeen – was launched, in collaboration with Fabrik magazine.

Established in 1993, Art Seen is a fine art consulting firm representing a select group of more than 100 artists from around the world.

They offer professional art procurement and advisory services to corporations, businesses, architects, designers, developers and private individuals. They work collaboratively with their clients to deliver excellence on a wide range of project types and sizes.

Art Seen provides original and limited edition artworks in a variety of media ranging from paintings on canvas to works on paper, sculpture and photography. Services include selection and acquisition of artworks, defining budgets, commissions from concept to completion, framing, art placement and installation.

The live art auction featured the works of several well-known Los Angeles artists including a work of art by one of the Identify Foundation”™s co-founders, Amber Arbucci. Twenty artists were featured, with nine pieces presented at the live auction.

At this highly successful and super fun launch party, a good time was had by all! 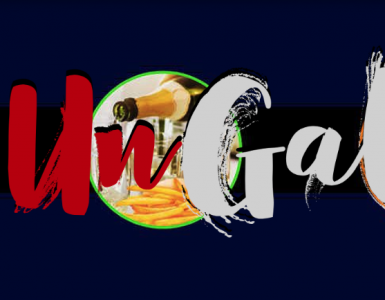