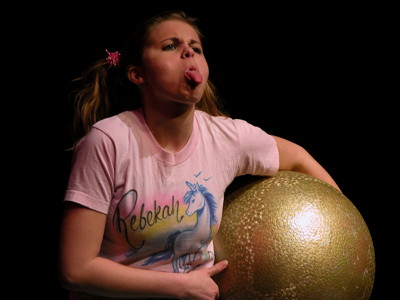 Femme power takes to the stage – this Sunday in Hollywood

Simply because she believes ‘Courage is contagious,’ writer Rivka Solomon has published a book that champions women and their valiant acts.

Solomon, with assistance from Bobbi Ausubel, turned the best parts of her book, That Takes Ovaries: Bold Women, Brazen Acts, into a play and it is having its first staged reading in Hollywood, at the Stella Adler Theatre, this Sunday August 28th. The reading is being produced by the LA Women’s Theatre Project as part of its weekend Festival.

Both the play and the book are filled with women’s estrogen-powered deeds and they have spurred a national and international movement, serving as a blueprint for at least 700 open-mike speak-outs and performances in which girls and women celebrate their own ‘ovarian acts.’

At these vivacious events, excerpts of the play are read aloud, and then women spontaneously come to the mike to share their own true stories, and get a chocolate egg wrapped in gold foil – aptly named a Golden Ovary Award – for their courage. Yay!

Another angle to this story is that Solomon organized all this from her bed, as she has spent much of the past 20 years bedridden and homebound due to a disability of chronic fatigue syndrome. Now that takes ovaries!

The play is an exciting collection of diverse women and girls’ true estrogen-powered deeds, from playful to political, including women fighting for their human rights around the globe.

to a loud-mouthed five-year-old mixed race girl talking back to a racist cop;

to a brave journalist starting a mass movement against ‘honor crime’ killings in the Middle East.

This Sunday’s performance is part of a whole weekend showcasing four women playwrights’ new works, all ready for full productions.

An open mike follows the performance, where audience members who spontaneously share their own true tales of daring deeds and ovarian acts will receive a chocolate egg wrapped in gold foil, a Golden Ovary Award for their courage.

The event includes a VIP Wine and Cheese reception and That Takes Ovaries book signing with the co-playwright Bobbi Ausubel. 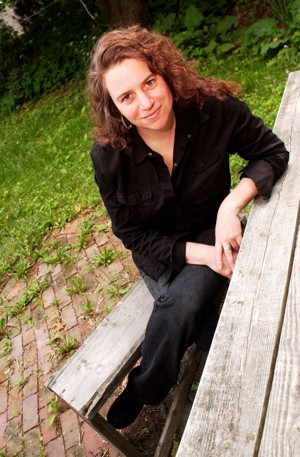 Staged reading of the play

The Los Angeles Women’s Theatre Project is a nonprofit organization whose mission is to create opportunities for women in the performing arts.

***Discounted tix are available for $26 at the Goldstar site.

(Search for “Ready for our Close Up” and select Sunday.)

Website for the whole weekend of four plays here.

This weekend is produced by the LA Women’s Theatre Project